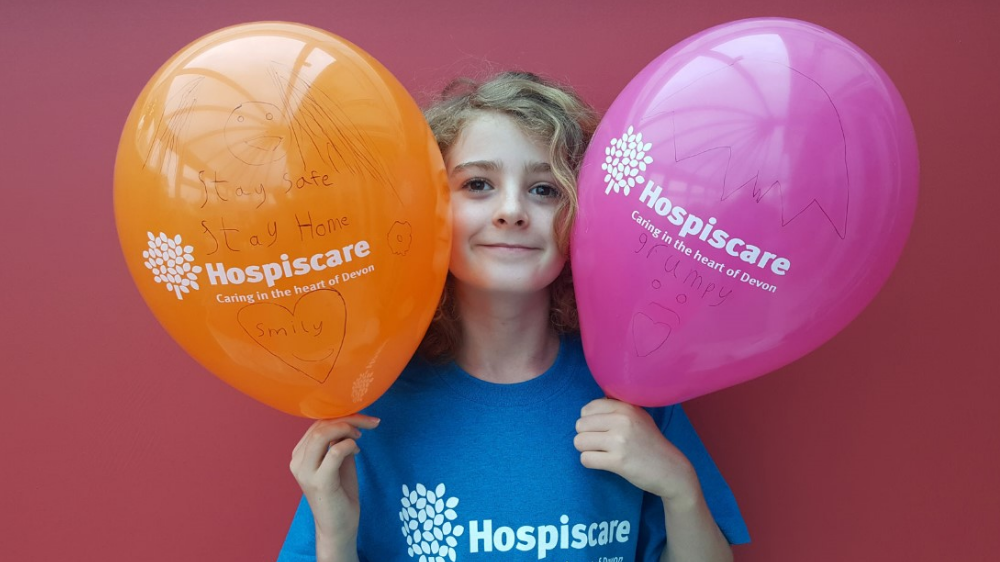 Jack at the start of his challenge Image: Hospiscare

It’s out of this world

An 11-year-old Exeter boy has proved that no challenge is too great in his record-breaking effort to fundraise for a local charity.

Inspired by stories of children climbing their stairs to reach the summit of Everest during lockdown, Jack Evans decided to go several thousand steps further for his local hospice charity.

Jack’s mum, Jo, explains: “Jack is very interested in space and he knew that Olympus Mons on Mars is three times as high as Everest and so he decided it would be more of a challenge to climb the tallest mountain in the solar system!”

Jack’s challenge could, in fact, be record-breaking. A group of 10 firefighters from Congleton made the headlines in July 2020 for their shared ascent of the tallest mountain in space, making Jack the youngest person to complete the ascent solo.

Having previously raised funds for a local charity, Hospiscare, Jack was determined to support the charity as its fundraising efforts were hit hard by the first lockdown.

Due to the closure of its charity shops and the cancellation of many of its fundraising events, Hospiscare predicted a loss of income of £1 million. The local charity cares for over 2,000 patients and their families every year and receives just 18% of its funding from the NHS, meaning that the fundraising support of its community is vital to the charity’s survival.

On learning about Hospiscare’s predicted loss of income, Jack embarked upon his challenge in August 2020 by climbing the stairs in his home, as well as at his family’s business Figgy’s Christmas Puddings in Woodbury Salterton. To reach the 25,000m summit, Jack needed to climb his stairs an incredible 9,500 times!

Following an ankle injury, Jack’s goal to complete his challenge by Christmas had to be revised, but he remained determined to reach his summit – even continuing his challenge on Christmas Day.

After starting his JustGiving page with a target of £100, this was quickly updated to £500 as the news of Jack’s challenge spread. To date, he has raised over £1,000 for Hospiscare.

Jack was spurred on by the support of his community and Figgy’s customers from across the country. After setting up social media accounts to share the progress of his challenge, Jack gained worldwide support from the space community with messages of good luck and support from staff at the European Space Agency and NASA.

On 1 May, a month after his 11th birthday, Jack had just ten more ‘ups’ of the family staircase to go. Jack’s mother, father and sister joined him for the final nine, leaving him to complete the final ‘up’ solo.

Jo continues, “Jack’s challenge has captivated people’s imaginations. He is doing something beyond the obvious – something that he is fascinated by – and people want to support this.

“I am very proud of what Jack has achieved, and more than that, his determination to keep going even when it was difficult. Jack has learned about the importance of helping others by doing this challenge. He knows he can make a real difference, and this is something he will never forget.”

Jack says, “My challenge has been really hard work, but I know it’s for a good cause and I’m really happy that I’ve raised so much money. Next, I’m going to sell plants for Hospiscare. I’m hoping I can raise a million pounds for them eventually.”