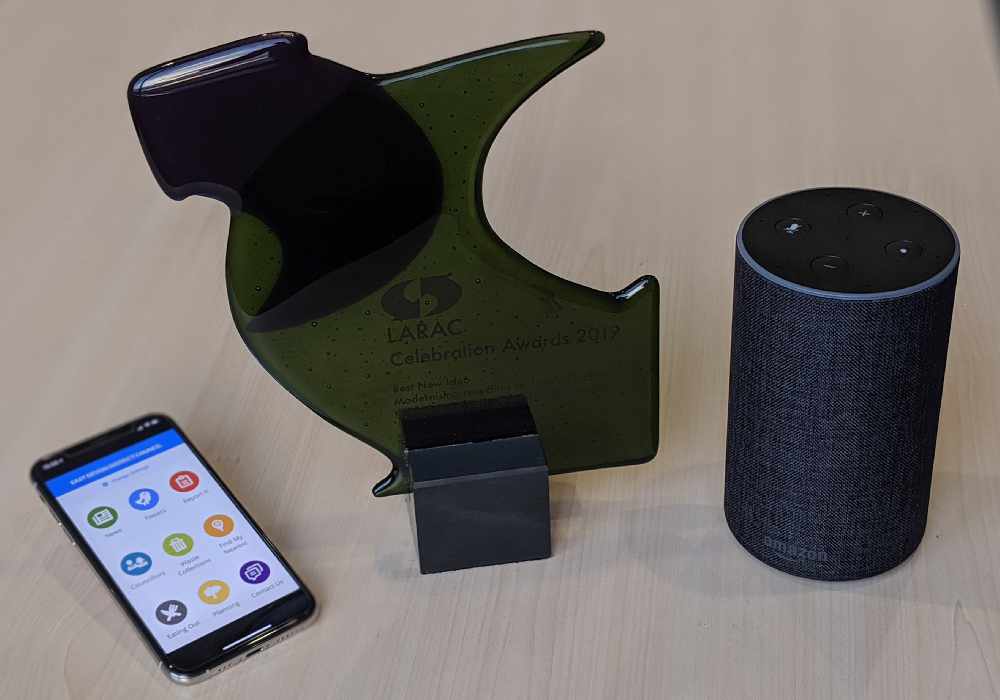 Households in East Devon with the Amazon virtual assistant can ask Alexa how to recycle a particular item and it will provide you with a ready answer.

She will provide answers on thousands of household items and residents can seek advice on everything from checking when collections are, reporting missed collections and asking for new recycling containers.

Cllr Geoff Jung, East Devon’s portfolio holder for the environment, said that the council is using every way it can to help its residents recycle more and waste less.

Speaking at a cabinet meeting, Cllr Jung added: “It is a fantastic award to have won and is another feather in the cap for us. We are going hammer and tongs to be the best recycling authority in the country.”

Cllr Jung added: “As more people use devices such as smart phones and Alexa’s, it makes sense that we use digital technology to give our residents as much information, in as many ways that are accessible to them, as possible. We need to use all the innovative methods at our disposal and we hope that the ‘Ask East Devon District Council’ Alexa skill is a good example of such an approach.”

A report to the meeting outlined how the App worked. It said: “The App had a very high level of usage but the aim is to fine tune the messaging function. At present it could send push notifications at round level, but the intention was to refine it to street level if possible.

“Officers had worked hard on the Alexa recycling skill, with over 10,000 items on it. Its strength was that it was integrated with the CORE integration system and gave a very quick response/answer. Tips had been added, along with an extra level of information, such as a reason why.

“There had been a soft launch of the Alexa skill so far, with extensive testing but it is now publicly available and would now be made more widely known, with constant promotion to increase its usage.”

Cllr Jung added: “This doesn’t mean however that we are ignoring the traditional ways of keeping our residents informed. The council will continue to drop leaflets through doors, hold roadshows and community events and make sure every property gets a bin hanger at Christmas to pass on our seasonal collection dates and give advice on how to continue to recycle during the festive period.”

For the moment, the Amazon smart speaker is the only system the council is working with. The skill is currently not available under Google Home or Apple HomePod.

The East Devon App, which will send reminders about recycling and waste collection days and is also tailored to your own address, is free and is available to download from the Apple App Store or the Google Play Store.