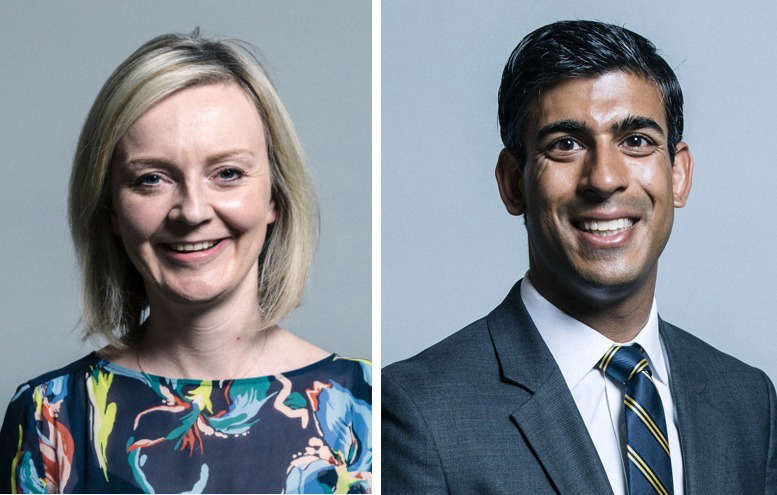 Conservative leadership candidates Liz Truss and Rishi Sunak have separately pledged to reclaim Tiverton & Honiton at the next general election.

At the second leadership hustings in Exeter on Monday [1 August], both candidates vying to be the next prime minister said they will win back the former Tory stronghold.

In June, the Tories lost the seat to the Liberal Democrats, who overturned a majority of over 24,000 – the biggest ever in a by-election win.

Until then, the Conservatives had represented Tiverton & Honiton – in one form or another – at Westminster  since 1924.

Liz Truss told Tory members at Exeter University’s Great Hall, about when she campaigned at the 2015 general election and “rooted those Liberal Democrats out of the south west – their fake bar charts, their euro love, their high taxes. And we made sure we won for the Conservatives.”

“And what I want to tell you, as your prime minister, first of all I would win back Tiverton & Honiton. And secondly, I would never ever ever allow them to encroach in the south west again.”

Her rival Rishi Sunak said the party has to “reunite the county” and “make British political history” by winning a fifth-successive term in office, claiming he is best-placed to defeat Labour.

At the debate, Ms Truss’ campaign received a boost after she was backed by former leadership rival Penny Mordaunt, who introduced her to the stage. Former defence secretary Liam Fox introduced Mr Sunak.

Ms Truss told the meeting she won’t repeal the fox hunting ban, pledged to rip up her government’s treasury investment rules to benefit rural areas, and indicated her opposition to large solar developments on agricultural land.

Mr Sunak pledged to “fix” dilapidated Tiverton High School, which is yet to be selected by the government’s schools rebuilding fund despite being a key issue in the by-election campaign.

He also said he was in favour of more “flat pack” housing, reiterated his plan to introduce fines for missing GP appointments, and called for future trade deals to be carried out more carefully following criticism that a recently agreed one with Australia will undermine British farmers.

Reacting to the event, Lib Dem MP Richard Foord, who defeated the Tories in Tiverton & Honiton, said it showed Mr Sunak and Ms Truss have “learned absolutely nothing” from their by-election defeat.

“This is a dismal contest between the former chancellor who repeatedly hiked taxes and a foreign secretary who sold out westcountry farmers with botched trade deals.

“Rural communities across Devon spoke with one voice in the by-election – they demanded change.

“People told me they wanted a fair deal for local farmers, a plan to solve the NHS backlog, and targeted support for rural communities, who suffer higher energy bills and pay more for petrol.