Torbay Councillor working from home in the Philippines 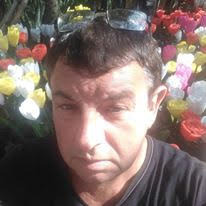 Mark King is still getting an allowance of more than £8k

Mark King claims he and his family have been victims of an online campaign of bullying and harassment as a result of the case against him.

The Torbay councillor is now living in the Philippines capital Manila and says he has no immediate plans to return to Devon.

He says his absence from council meetings is covered by a medical certificate and he is still getting his £8,498 annual allowance.

Cllr King says he is still dealing with inquiries from people in his Torquay ward where he was one of three members elected in 2015.

He said: “I am still answering my queries from the voters in Cockington with Chelston and supporting campaigns when I can.”

He added: “I can work from anywhere in the world. I just happen to be working from Manila.

“I have no immediate plans to return. I am still fearful of what may happen to me.”

Cllr King moved to the Western Pacific nation in October and is running his online travel business from there.

He was issued with a formal censure over his behaviour as a councillor after an inquiry last year ruled he broke the members’ code of conduct.

The council’s standards sub-committee also asked for a new investigation into matters arising from the case.

The new allegations relate to planning, the behaviour of another councillor and the award of contracts.

Cllr King denied any wrongdoing and refused to accept the outcome, claiming it was a political decision not backed up by evidence.

He said after the findings against him in October that he did not intend to stand for re-election in May and described his time on the council as a “bitter experience”.

Cllr King, elected as a Conservative but now an Independent, did not attend the disciplinary hearings for health reasons.

Council rules state that a councillor ceases to be a member if they fail to attend a meeting for six months.

Records show the last meeting Cllr King attended was in August, which would have put him in breach in February.

But any period covered by a medical certificate is excluded from the absence rule.

Cllr King was elected as a Conservative in 2015 and served on Torbay Council’s executive as the lead for planning, housing, transport and waste.

The councillor left the Tory group in 2017 after a disagreement with the leadership and joined the Liberal Democrats in May last year.

He resigned and became an Independent in September ahead of the standards hearing.

The councillor was accused of multiple breaches of the code in his professional capacity as a member of the council’s executive by a woman he developed a personal relationship with. The complainant cannot be identified for legal reasons.

The standards sub-committee ruled he had put himself “under obligation and influence of another individual; he sought an advantage for himself and a disadvantage for another; and he failed to uphold and promote high standards of conduct when holding public office.”

The sub-committee cleared him of other allegations but issued a formal censure criticising his behaviour and told him to undergo training on the conduct rules.

The statement said: “The Sub-Committee have concluded the conduct and actions of Councillor King have not met the high standards that are expected of a person holding public office.”