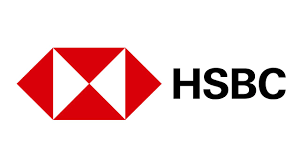 So farewell then bank branches in the Magnolia Centre, Exmouth; The Strand, Torquay and Forder House, Plymouth. They're falling victim to the trend in banking to shut up shop and go digital only.

Once the Birmingham and Midland Bank as it was in the nineteenth century. Then Midland, sporting a yellow Griffin logo who by the 1980s was using a flexible friend in the form of an Access card. Eventually it became a bit less local - Hong Kong and Shanghai seeing as you ask, and eventually adopted the streamline "The World's Local Bank".

Now  the three Devon branches are among three that HSBC is shutting 82 branches across the UK, with the claim that branches are not needed as much these days and customers increasingly bank online.

HSBC will close the three Devon outlets between May and August. It says they're all within a mile of a post office.

It's not been disclosed how many jobs will be lost as a result of the Devon closures, nor how many customers will be affected.