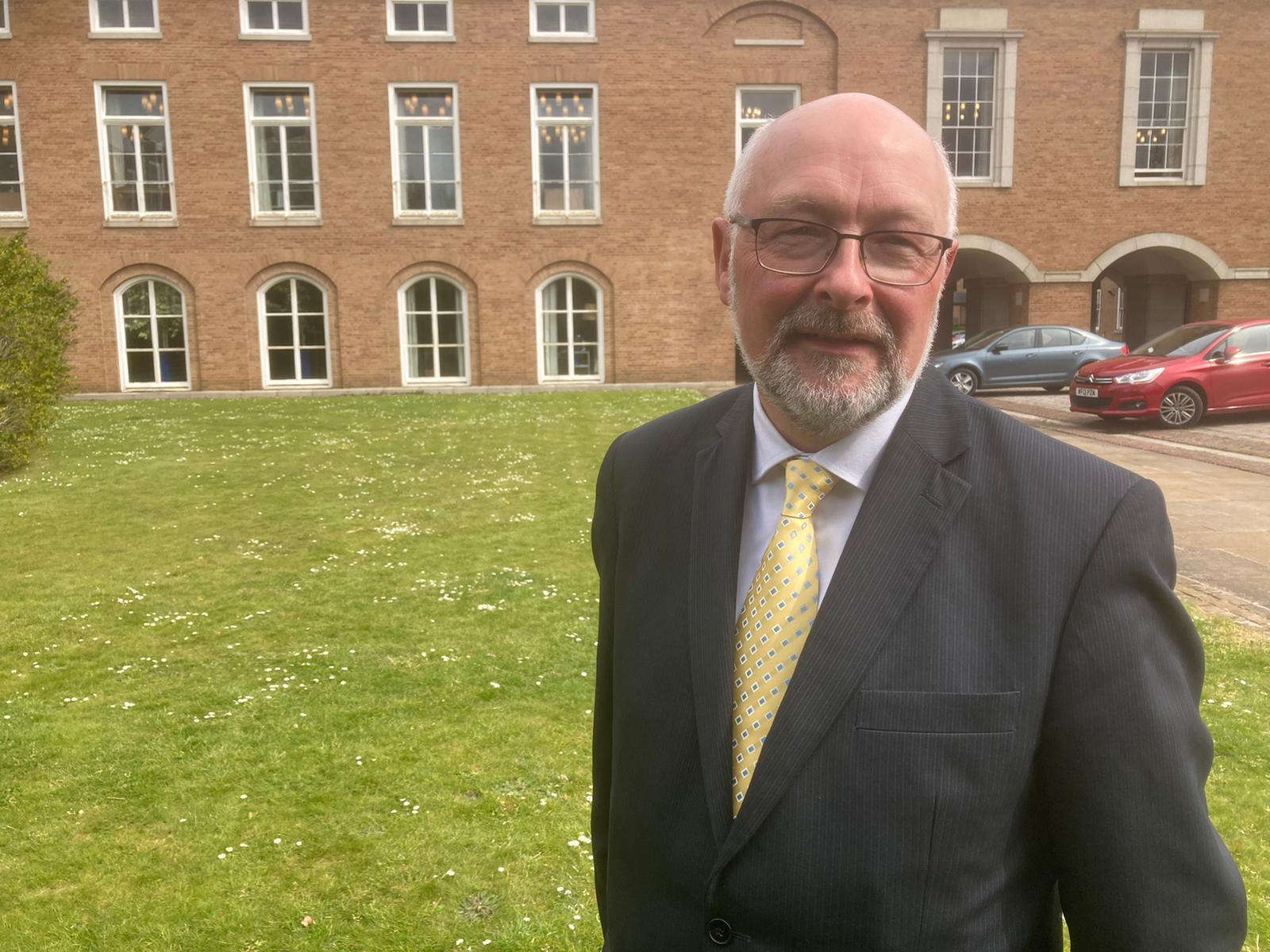 Alan Connett will continue as a Devon County councillor

Alan Connett will stay as a councillor

The opposition leader at Devon County Council is stepping down after more than eight years in the role.

Councillor Alan Connett, who is also the leader of Teignbridge District Council, has served as leader of the Liberal Democrat group since December 2013.

He will be replaced by his current deputy, Cllr Julian Brazil (Kingsbridge), at the end of the month, but will stay on as a county councillor.

When contacted about the nature of his departure, Cllr Connett said it was his decision to step down, adding he had led the group since 2013 and that six new Lib Dem county councillors were elected last year.

He has overseen two full county elections during his time as Lib Dem leader – in 2017 and 2021. While the party has failed to regain control after the Tories took charge in 2009, it has remained the biggest opposition party.

The decision comes a year before full elections at Teignbridge, where Cllr Connett now runs a minority Lib Dem administration after some members left the group.

Speaking at the county council’s cabinet meeting this week, Cllr Connett thanked cabinet colleagues over the years for their “help, support – their wit at times – and I’m sure we’ve all enjoyed the robust exchange of views as well.”

Cllr Brazil praised the outgoing leader and thanked him for “all the hard work and all the great work he’s done.”

“It’s definitely partly because of Alan that we’ve punched above our weight, let’s say, and he’s been instrumental in that. I think the group as a whole are sad to see him go, but it’s a decision that he took.”

“I’m honoured they’ve selected me as their new leader and I hope I can continue the good work that Alan’s done,” Cllr Brazil said.

He added his priorities will be to ensure children’s services in Devon improve, the county’s housing crisis is addressed – especially for key workers – and to reduce the number of potholes.

Meanwhile, in a further shake-up of the opposition parties at county hall, it was revealed at Wednesday’s cabinet meeting that Councillor Rob Hannaford is no longer leader of the Labour group.

The circumstances of the change are unclear, with the member for Exwick & St Thomas not responding to a request for comment at the time of publication.

He has been replaced as leader of the group by Councillor Carol Whitton (St David’s & Haven Banks).