Sponsored by Solve IT 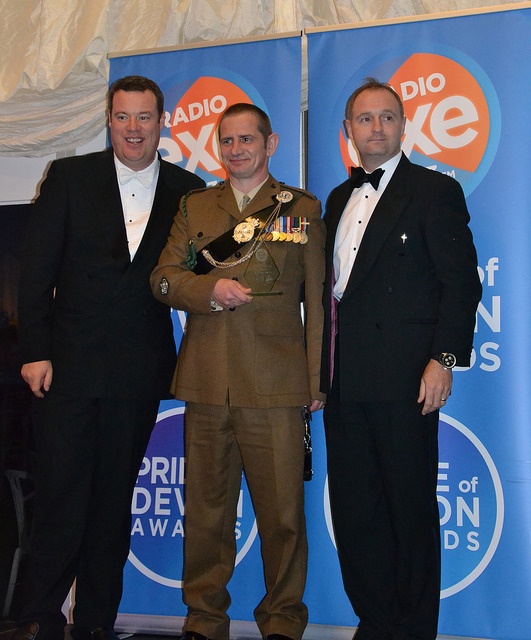 For more than 30 years, Sergeant Major Tony Smith has served in the army reserves, including six operational tours in Bosnia, Kosovo and Iraq. Sadly in 2004, whilst in Iraq, Tony suffered life-changing injuries when the vehicle in which he was travelling was ambushed. Tony was shot. Evacuated back to the UK for treatment and rehabilitation, Tony has since exhibited rugged determination. His desire to continue to serve is in itself highly commendable, but his outstanding contribution since is equally impressive.

Responsible for mentoring reservists at 6 Rifles at Wyvern Barracks, Exeter through basic training, he’s tackled the job with enormous enthusiasm. He also has a full-time civilian job with Exeter University’s officer training corps. Given his injuries, he’s taken little time off, being self-motivated and refusing to let his experience adversely affect his outlook. At his side throughout this, his wife Lynda. Together they have raised thousands of pounds for the Royal British Legion and Help for Heroes, charities that helped contribute to Tony’s recover.

Today the bullet that hit Tony remains in his spine. It has not stopped him achieving commendable things with his life.