A blown up horse

One of Radio Exe’s most successful social media posts of all time came shortly after we let our young apprentice loose publishing material on those channels for the first time. For the purposes of this article let’s call him Sam, for that is his name.

Sam is enthusiastic, talented, hard-working but somewhat prone to malapropisms (we know what you’re thinking; he’ll have to look it up too). So when he had a story about the beavers on the Otter to write up, Sam chose to illustrate it with, what else - a badger. Social media trolls loved it. At Radio Exe, we value accuracy in our reporting, but secretly, with thousands of people eager to humiliate us, we were rather pleased with the attention.

We were reminded of this incident this week whilst installing Christmas decorations at Radio Exe world headquarters in Exeter. Sam sent round a note round to announce: “I’ve blown up the horse.”

For members of the Radio Exe team, like me, working at home, such a text is rather alarming. Is it a textual mistake? He’s got his thumbs on the wrong part of the keypad, or his word has been auto-corrected. Sam has instead blown up the house, not the horse perhaps?  Whilst a personal tragedy for him when his dad gets home, this is nowhere as serious for us as: “I’ve blown up the studio.” But no, not only is Sam absolutely clear, he’s proud of his achievement too. “Definitely the horse. The house is okay.”

None of us can remember a Christmas horse.  Truth be told, few in the Radio Exe team are particularly well-versed in their scriptures, but we’re pretty certain the three wise men travelled by camel and that the nativity scene, barn-based though it was, accommodated cattle rather than equine livestock. Shepherds may have been involved, we think, but almost certainly not show jumpers.

Minutes later, Sam provides photographic evidence. The horse is revealed to be a reindeer. But we all concede to him, it’s actually hard to tell till the horse is blown up.

This article first appeared in the Exmouth Journal 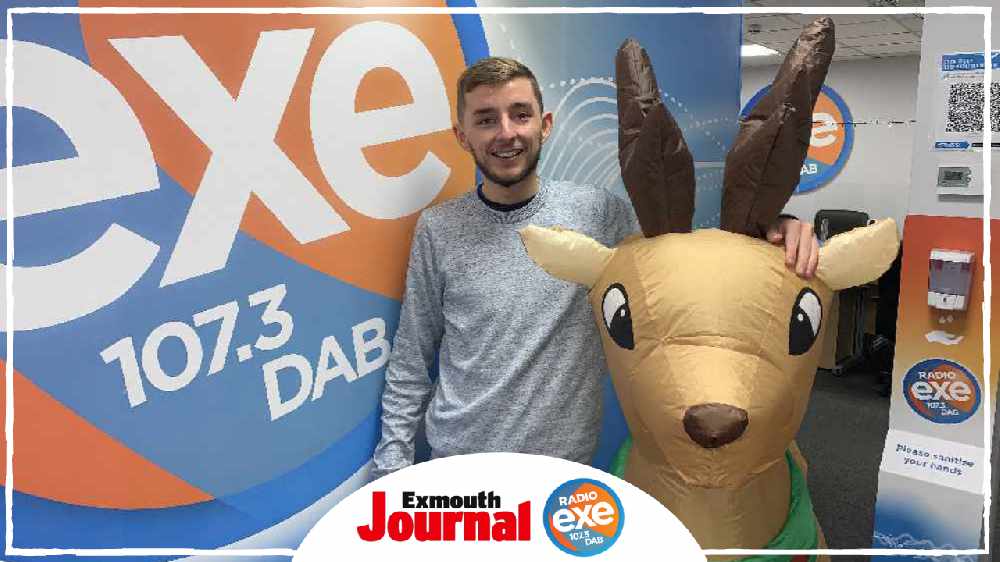