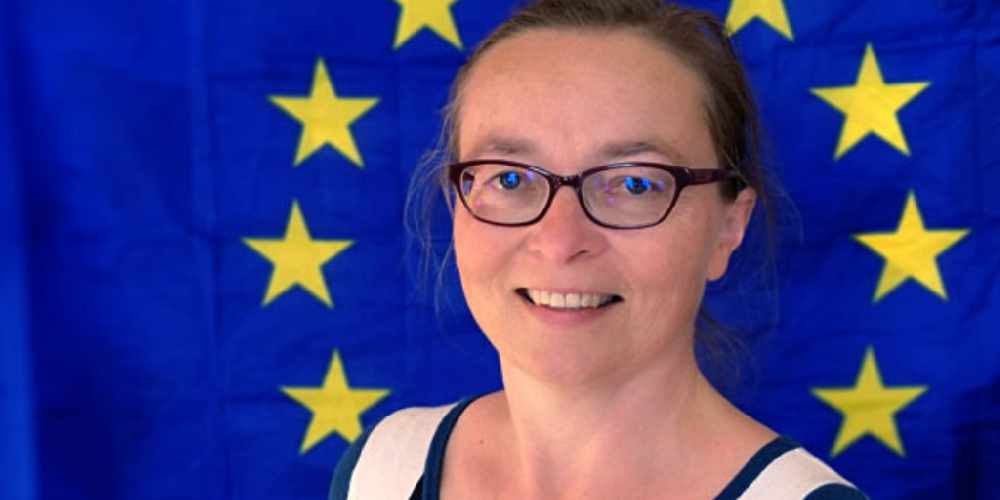 It's despite the Unite to Remain group backing Independent Claire Wright.

Unite to Remain last week identified 60 seats where a deal had been struck between the Liberal Democrats, Plaid Cymru and the Green Party, in a move to defeat Conservative candidates, including in Exeter and Totnes.

The non-party campaign group has revealed that it also proposed Claire Wright – and whose 21,000 votes in 2017 make her the clear challenger to the Tories – but were unable to persuade the Lib Dems or Greens to stand aside.

Unite to Remain director Peter Dunphy said the organisation had not included East Devon in the list of candidates but urged Remain voters to back Claire Wright as the best chance to wrest the seat from Tory control.

He said: “It was not possible to gain cross-party agreement for a single candidate in every key constituency that we considered.

“Ultimately it has been up to the political parties in consultation with local members to make these tough choices.

“Sadly, we were unable to gain Unite to Remain all-party agreement in East Devon where we had proposed Claire Wright as the clear challenger to the Conservatives.

“Our suggestion therefore is to follow the excellent tactical voting advice of Best for Britain and Gina Miller’s Remainunited to support the Remain candidate with the best chance of victory, which in the case of East Devon is the Independent Claire Wright.”

Both the Liberal Democrats and the Green Party though have announced candidates for the East Devon seat. Eleanor Rylance, who represents Broadclyst on East Devon District Council, is standing for the Lib Dems, while Henry Gent, a Broadclyst parish councillor, will stand for the Green Party.

Explaining why the Lib Dems have not stood aside, Stuart Mole, Media Relations Officer, said that it was important that all who wish to vote Lib Dem should have the chance to do so and that there could be ‘no guarantee’ of how Ms Wright would vote regarding Brexit if she were elected.

Mr Mole said: “The Unite 2Remain national agreement covers around 60 constituencies. In England, this involves the Lib Dems, the Greens and prominent parliamentary campaigners currently without party affiliation who have a proven track record in campaigning for Remain.

“At no time has it been proposed to local Liberals – by the Liberal Democrats, by Unite2Remain or indeed by Claire Wright – that the agreement should be extended to East Devon. Nor, to our knowledge, has the local Green Party been approached either.

“Claire Wright has been a low-key supporter of Remain up to now and the fuller statement of her views on Brexit, promised some weeks ago, has yet to materialise. There could also be no guarantee of how she might specifically vote on Brexit, were she to be elected to Parliament.

”The Liberal Democrats are fighting a vigorous national campaign with a charismatic new Leader, in Jo Swinson, who we would like to see as prime minister.

“We offer a strong and distinctive message on remaining in the European Union by revoking Article 50 but we also are offering a raft of important policies on climate change, the economy and public services, to name a few.

“It is important that all who wish to vote Lib Dem should have the chance to do so. Eleanor Rylance was unanimously reaffirmed as our candidate for parliament in East Devon last month and we have high hopes of her doing very well.”

On Ms Wright’s website, under her views on Brexit, it says: “The government should offer the people a democratic say on the agreement by way of a confirmatory vote. I would campaign to remain.”

At the 2017 General Election, Wright, received 35 per cent of the vote compared to the Lib Dems’ two per cent.

She said that she had never approached any of her rivals or asked them to give her a free run but welcomed the Unite to Remain endorsement and insisted voters could make their own decisions about whether to vote tactically based on past results.

Ms Wright, who is also a Devon County councillor for the Otter Valley ward, said: “I have never asked for any favours from my rivals and I respect their decision to stand and fight for the seat.

“Of course, running as a sole candidate against the Conservatives would appear to give me a better chance but I am not asking anyone for an easy ride.

“I have fought a fair and positive campaign twice, without assistance, increasing my share of the vote without resorting to personal attacks and I don’t intend to start now.

“I would now urge my supporters to concentrate all of their energy on getting this people-powered campaign over the line.

“And, of course, we must avoid the danger presented by Boris Johnson’s withdrawal agreement – which could condemn us to years of trade negotiations and threaten the NHS – by offering the public a democratic vote which includes the option of Remain.”

She is set to launch her manifesto at The Institute in Yonder Street in Ottery St Mary on Wednesday night, from 7.30pm to 9pm.

She added: “My manifesto is based on the issues the people of East Devon have told me matter most. The past few years have demonstrated that the party system is broken. It is time for change. As an Independent, I would have exactly the same rights as other MPs and would work cross-party to achieve my manifesto pledges.

“I am different. I have no party whip to tell me how to vote. I am free to speak and free to act. And free to fight for the issues that the people of East Devon care about the most.

“This election is very unpredictable and presents a rare opportunity for residents to elect an MP who truly cares and puts them first.”

The seat has only ever been held by the Conservatives, but the previous MP for the area, Sir Hugo Swire, is standing down.

Simon Jupp was chosen at a selection meeting at Exmouth Community College on Saturday as the new Conservative candidate for the area.

The former journalist, who has worked on local radio across Devon before moving to the Foreign and Commonwealth Office, was born in Plymouth.

The 34-year-old started his broadcasting career aged 15 before moving to the Afternoon Show at Plymouth Sound and later launching Radio Plymouth and presenting on Radio Exe.

He said: “I’m very proud to be selected as the Conservative Parliamentary candidate for East Devon.

“I’m determined to ensure the democratic will of East Devon is delivered and I’m looking forward to continuing to knock on doors, listening to local people and addressing their concerns.

“Sir Hugo Swire has done so much over the past 18 years for East Devon. The community hospital at Ottery St Mary would not have been saved without his intervention.”

Most recently Mr Jupp has worked as a Special Advisor to the Foreign Secretary, Dominic Raab.

Michael Amor, of the Brexit Party, had previously announced that he was going to stand in East Devon.

But today, Nigel Farage, Brexit Party Leader, announced that it will not stand candidates in the 317 seats won by the Conservatives at the 2017 general election, so it is expected that Mr Amor will no longer contest the seat.

Daniel Wilson, 37, from Exmouth, is also standing for the Labour Party.

Candidates have until 4pm on Thursday, November 14, before nominations close, so additional candidates may also be contesting the seat.