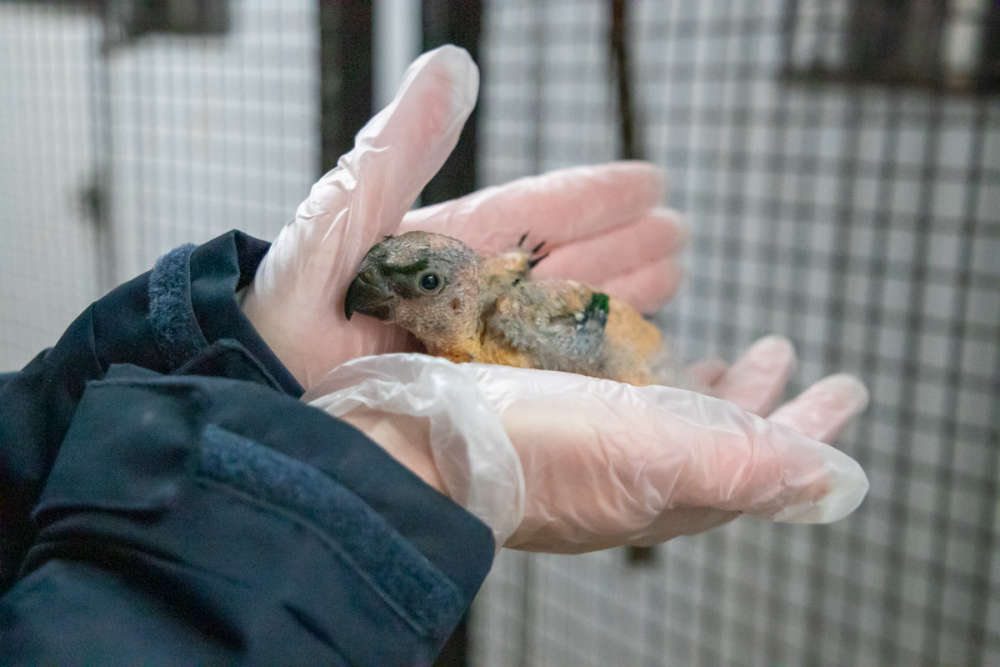 Paignton Zoo’s Bird Department have announced the recent hatching of a very special baby bird. The new arrival, a Mitchell’s lorikeet, was first discovered by keepers on Boxing Day and the team have been monitoring its progress carefully ever since.

Mitchell’s lorikeets are one of the rarest species that Paignton Zoo look after, with less than 50 birds estimated to survive in the wild on the island of Lombok in Indonesia. There are less than 200 of these birds in zoos, so it really is a case of every new arrival matters.

This isn’t the first time that the birds have bred at Paignton Zoo; however, in previous years, the parent birds were housed in an off show area of the zoo’s avian breeding centre. Excitingly, the birds were moved into a new home last year where visitors can see (and hear!) them, and the successful breeding is a good indication that they’ve settled in well.

The hatching of this chick is promising news for Paignton Zoo, part of Wild Planet Trust – a conservation and education charity. This new arrival embodies their mission to help halt species decline and provides a glimmer of hope for Mitchell’s lorikeet as a species.

You can find out more about the Wild Planet Trust at: www.wildplanettrust.org.uk.