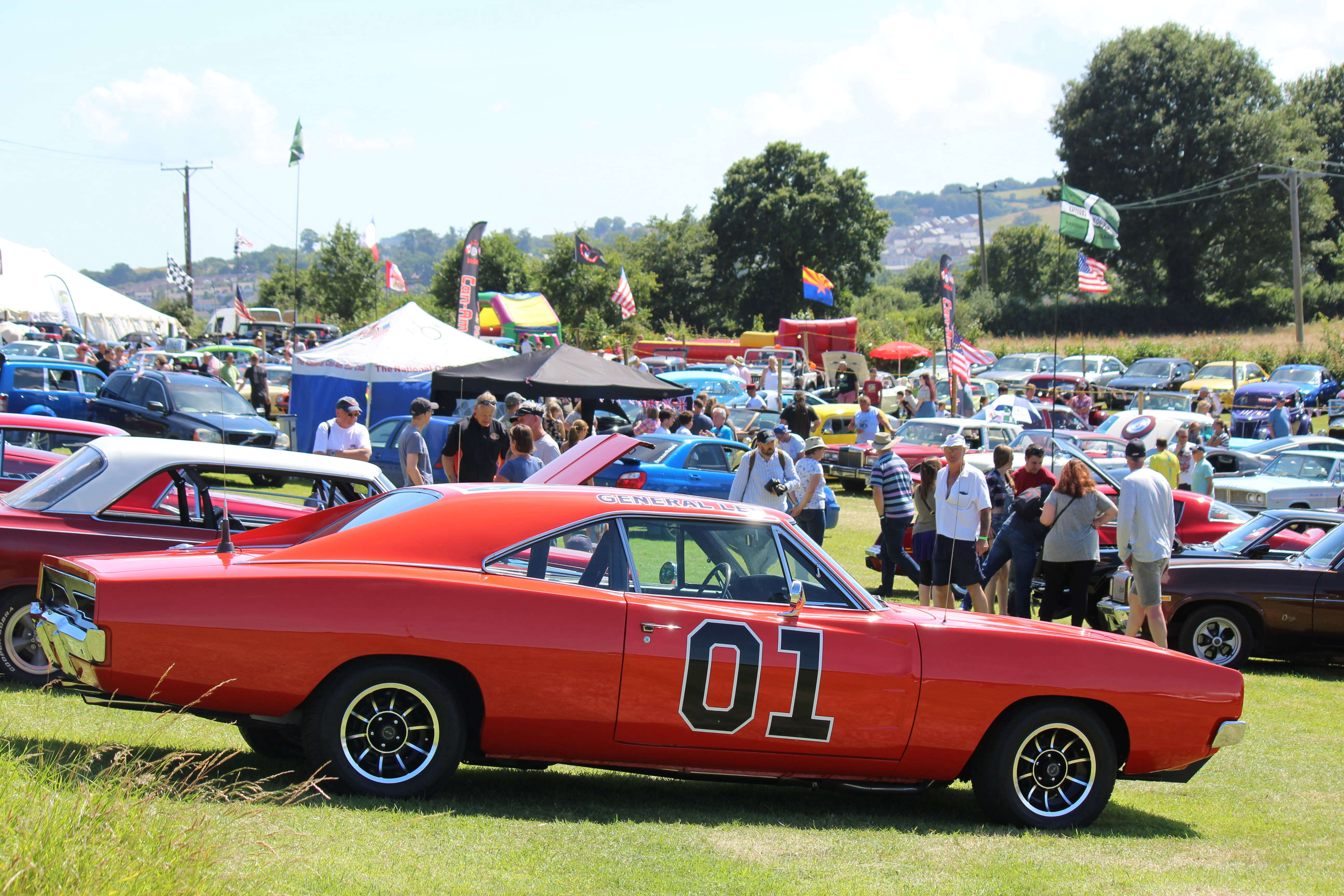 Cofton Holidays will host the show this year

Classic American cars from across the country are firing up their engines in readiness for the return of the South West’s largest American car show, held at Cofton Holidays, near Dawlish.

Returning after a three-year break, Mustangs, Cadillacs, Chevrolets, Pontiacs, Buicks, Jeeps and a host of other American vehicles will be on display at the award-winning holiday park from Friday 24th to Sunday 26th June 2022. The weekend will be jam-packed with competitions, V8s, a mega-car cruise, music, food, fun and entertainment.

It’s a very special year for the show, which is making a big return after the Covid-19 pandemic. This celebration of iconic American cars and vehicles is set to kick off on Friday 24th June with evening entertainment in the marquee. A competitive game show will be taking place and Rock ‘n’ Roll band The Fabulous 59 Ford will be playing all the classics from the 50’s against the backdrop of locally-sourced food and drink.

On Saturday, a cavalcade of classic American and Canadian cars will set off from Cofton at 10am, cruising through Dawlish to The Green at Dawlish Warren, where members of the public can soak up the sights and sounds of America’s mighty muscle cars, completely free. There will also be an opportunity to meet Digby the Dinosaur, Cofton’s loveable mascot.

Back at base, the Cofton Crew will be running fun workshops from 12pm which will include circus skills, face painting and balloon modelling. There’ll be cold beverages served in the marquee followed by Cofton’s fun dog show, Crofts, in aid of The Dogs Trust. Starting at 4pm, all are welcome to enter with their four-legged friend. This year, the show features an agility course and a host of categories, including best junior dog handler, best dressed dog, and best in show. All money raised from entries in the dog show will go to charity.

In the evening, Beach Boys tribute act, The Beached Boys, will be performing the American rock band’s greatest hits. The evening closes with a fabulous firework display and midnight disco.

On the Sunday, America’s best-known classic cars and vehicles will be on display from 11am-5pm. Visitors can get up close and personal to the throaty purr of their engines and learn about their rich history.

America’s finest will compete in a series of trophy classes including the Director’s Cup, Best in Show, Best Custom Car / Hot Rod, and the People’s Choice; the winner of which takes home a huge award imported from the US.

In addition to great local food stalls and local ales in the main marquee, showgoers can look forward to music from Rich Cottell, Steve Arnold’s comedy juggler show, Radio Exe live and workshops hosted by the Cofton entertainment team. Titan the Robot will also be making a special appearance and is set to put on a spectacular display.

Commenting on the show, Chris Jeffery, Director at Cofton Holidays, said: “We’re delighted to bring back the South West’s biggest and best Classic American Car Show to our glorious corner of Devon. It’s been too long, and we can’t wait to welcome back American cars to Devon.

“We’ve already got an amazing spread of American cars booked to attend, so fill up your tank as you’ll need all the energy you can muster to keep up with us! At just £8 per adult and £4 per child for the entire weekend it’s great value, and if you arrive in an American vehicle, you’ll be given free entry for up to two people. With live music, quality food and drink, and Cofton’s popular dog show Crofts, it’s set to be a fantastic weekend.”

Tickets can be bought on the gate. Showgoers will also have access to Cofton’s main facilities including the heated indoor and outdoor pool with sessions bookable online, restaurant and pub, and the all-new treetop high ropes adventure experience, which needs to be booked in advance. Visitors will also have access to miles of cycle paths and nature trails that take visitors through woodland, parkland and mature meadows to Dawlish Warren beach and nature reserve.