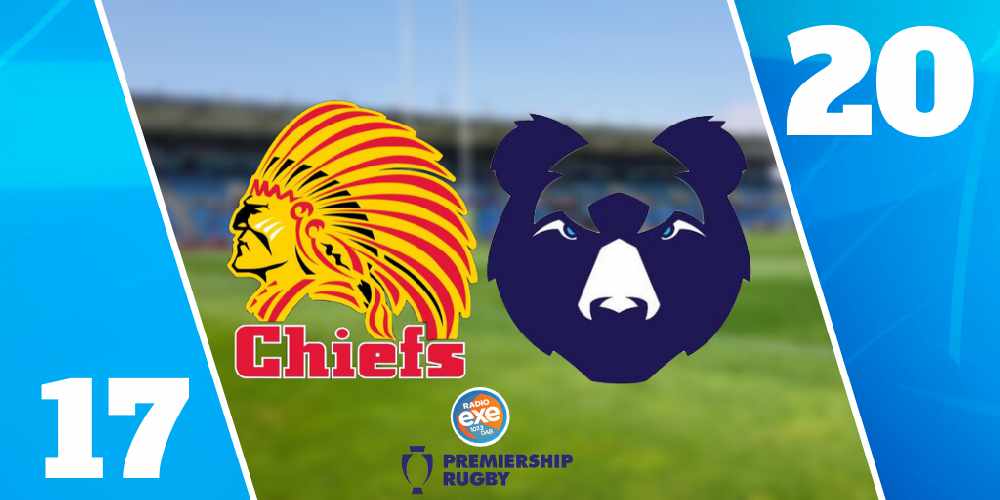 The Bears fought back in the second half, overturning a 17 point deficit, to complete a famous comeback in front of 11,000 at Sandy Park. It went right down to the wire - with a try for the visitors in the 80th minute.

It's Exeter second defeat of the season – and it leaves them sixth place in the Gallagher Premiership. Bristol, meanwhile, catapult to first.

Less than one week after England returned from Japan, following the 2019 Rugby World Cup, Exeter named three of Eddie Jones’ players in their squad for the Bristol clash. Henry Slade came into the starting 15 with Jack Nowell and Luke Cowan-Dickie on the bench.

Slade, who played the most minutes out of the three Exeter players in England’s World Cup campaign, thought he marked his return to Devon with a try inside the opening 10 minutes. However, following a close look from the TMO, the score was cancelled out – the officials saw a knock on in the build-up.

Rob Baxter’s men ran riot and deservedly doubled their lead before the half hour mark. Silky passing across the line from Slade and Stuart Hogg set free Tom O’Flaherty - who run 30 metres with ball in hand – before eventually being tackled into touch. The hosts stole the line-out, however, and Nic White found a hole in Bristol’s defence to score his first try of the season.

To round off a dominant first half display, Chiefs’ fly-half Simmonds kicked a penalty directly in front of the posts to build on an intimidating lead - it finished Exeter 17 Bristol 0 at the break.

It was an uphill climb in the second half for Bristol – but the visitors started well and kicked their first points of the contest with a penalty inside 5 minutes.

Exeter fans thought they responded in instant fashion with a brilliant score from Alex Cuthbert in the corner – but, for the second time, Exeter were denied the try by the TMO. The former Wales international marginally had his foot in touch before dotting the ball down.

Bristol were playing much better in the second half - and having been awarded a penalty just over the halfway line, they kicked another three points.

Moments later, the visitors turned the screw and scored a converted try. A rapid break down the right wing left Exeter exposed at the back. With very little defenders aroud him, Piers O’Conner touched down in front of the posts.

Just four points separated the two sides with 10 minutes to play – and all the momentum was behind Bristol.

With the clock in the red zone, Bristol powered forward with a driving maul – and they went behind Exeter’s try line. The decision, once more, went to the TMO. It was heart in mouth stuff for both sides. But the decision went Bristol's way.

An incredible end to the contest – won by Bristol.