Chiefs bounce back with thumping win 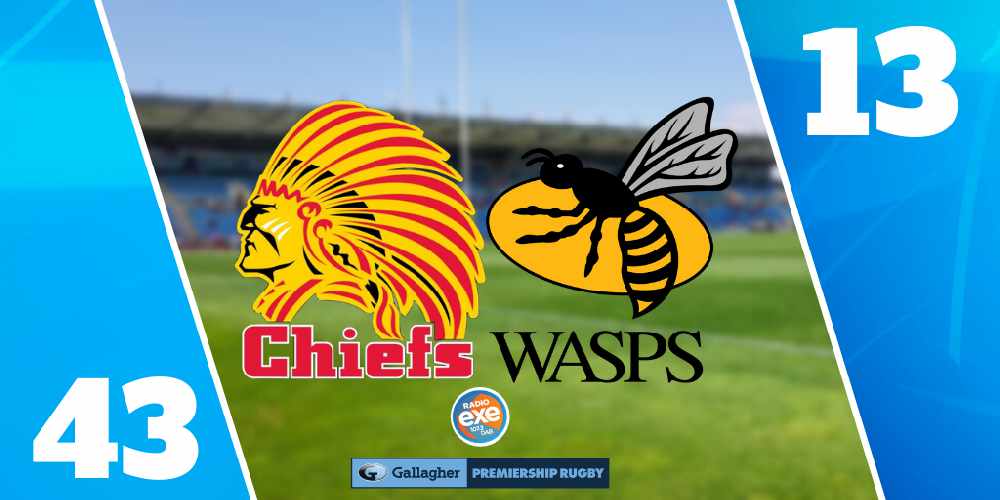 Subsequent to their European Champions Cup defeat last weekend, a full-strength Exeter Chiefs side – now fully focused on defending their Premiership title – defeated Wasps 43-13 in round 16 of the Gallagher Premiership.

Exeter trailed at the break, but a dominant second half display, which saw them run-in five tries, was more than enough to seal the emphatic bonus point win.

The impressive result for Rob Baxter’s side cuts the gap between them and league leaders Bristol Bears to seven points.

Inside a hard fought and entertaining opening 40 minutes, it was Wasps who applied all the early pressure – but a sloppy pass gifted Exeter the first points of the contest. Ollie Devoto picked up a loose ball inside his own 22 before running the length of the pitch to dot down in the corner.

Jonny Hill doubled Exeter’s lead less than five minutes later after powering his way over the line from close range. Joe Simmonds, however, missed both conversions – which proved costly.

Wasps kept the scoreboard ticking with two successful penalty kicks between the posts, before they took the lead for the first time on the half hour mark; Stuart Hogg’s clearance kick was charged down by Josh Bassett, who picked the ball up and scored in the corner. Jacob Umanga added the extras from a tight angle to give his side a slender 13-10 lead at the break.

However, the second half was dominated by Exeter, who scored two tries in quick succession to build a convincing lead.

Hogg got the first with a fine break on the wing; before Facundo Cordero intercepted a looping pass to touchdown in the corner with no defenders around him.

With less than ten minutes to play, a relentless Exeter outfit scored three more tries courtesy of Tomas Francis, Joe Simmonds and Hogg – who’s score was the pick of the bunch. The Scottish full -back chased his own 50 metre kick before dotting the ball down in the corner. Simmonds added the extras to seal the emphatic win.