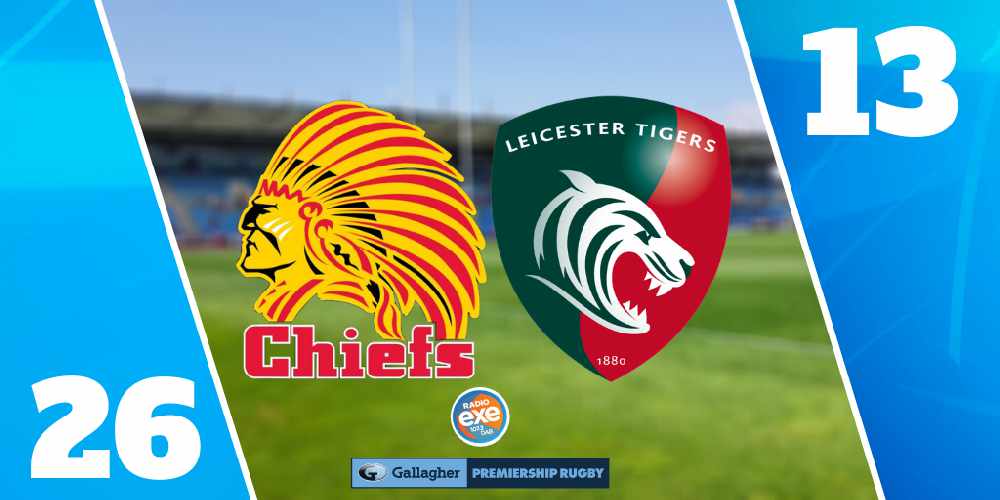 It was Steve Borthwick's first game in charge of Leicester - who would be bottom of the table if it wasn't for Saracens' antics - but he failed to make immediate impact as table toppers Chiefs picked up where they left off 160 days ago.

It took the hosts a while to find their rhythm and they started the game firmly on the back foot. England international George Ford kicked 6 points to give the Tigers an early, somewhat unexpected, advantage.

The league leaders responded superbly though. Dave Ewers crashed over from short range before Stuart Hogg dotted down exquisitely in the corner following an impressive team move. Chiefs led 12-6 at the break.

Exeter needed just three minutes to extend their lead in the second half. Tigers conceded their 13th consecutive penalty of the match, which allowed Luke Cowan-Dickie to touch down under the posts - to the joy of England coach Eddie Jones who was watching in the stands.

Both teams exchanged penalty tries during a chaotic five minutes soon after - but a scoreless final half hour ensured the win for Exeter.

Man of the match Luke Cowan-Dickie was thrilled to get off the mark with a win - but admits there's still much more work to be done. "We had a few in-house games before this, which helped blow off a few cobwebs, but we are still a little bit rusty," said the 27 year-old.

"Leicester started really well and caught us off guard early on. But as soon as we got into our stride the old Chiefs came out - a few pick and go's, lineout drives and things went alright. We're feeling good at the moment."

It’s a quick turnaround for the Chiefs - they’re back in action on Friday night against second place Sale Sharks. Kick off is 6pm.

Match day programmes are available online. It costs £10 for a package of the five remaining home matches of the season, plus earlier programmes too at: https://bit.ly/3g1SaRp