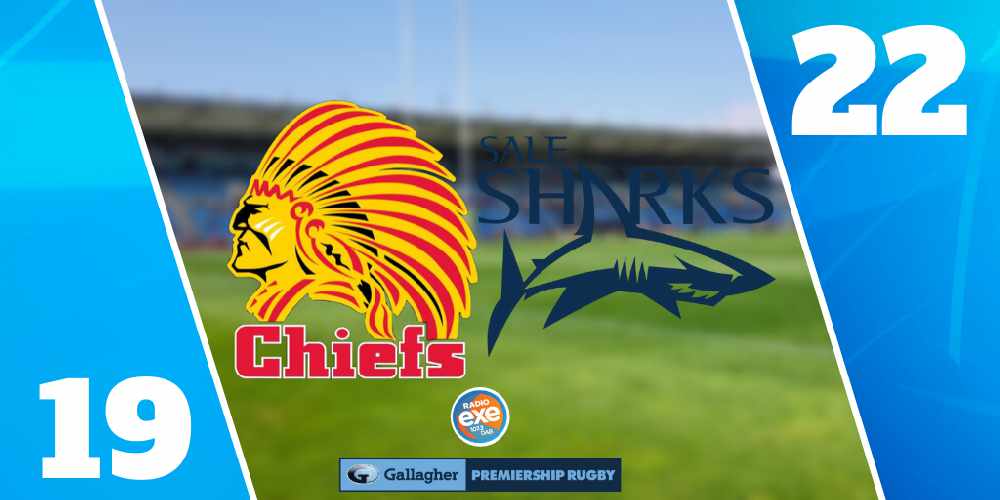 For the first time since 2014, Sale Sharks defeated Exeter Chiefs at Sandy Park to consolidate their place inside the top four of the Gallagher Premiership.

Exeter remain top of the league despite the defeat – but the disappointing result ends their 10-game unbeaten run.

Today’s clash was the end of a relentless block of European and Premiership fixtures. The Chiefs’ players can now enjoy a three-week break – before Premiership action returns late next month.

Short of a few key players through injury, suspension and international duties, Rob Baxter was forced to make eight changes. Three of Exeter’s veterans who played in the 2010 Championship team – Ben Moon, Gareth Steenson and Phil Dollman - all started.

Sale haven't won at Sandy Park in six years - but at the break, it was looking like that long stint was about to end.

The visitors applied all the pressure inside the opening 20 minutes. Sale kicked an early penalty before scoring the opening try to take a surprised 8-0 lead

Exeter fought back with a brilliant score from Phil Dollman, who touched down clinically in the corner, but things went drastically downhill from there.

With five minutes to play in the first-half, Sale landed a major sucker punch by scoring two tries in quick succession. The first was scored from close range, the second was a 50-metre sprint after McGuigan intercepted a looping Exeter pass.

Not many could see this coming, but Exeter trailed 22-5 at the break.

A big second half was needed from the hosts to avoid an upset – but Sale’s defence seemed unbreachable.

After half an hour of knocking on the door, Sam Simmonds finally crashed over from close range. Steenson added the extras.

With ten minutes left on the clock, Chiefs pilled on the pressure and launched a late onslaught. O’Flaherty made a lightning break and scored a third try. Thanks to Steenson kicking the extras, just three points separated the two sides setting up a grand finale.

Unfortunately for Exeter, though, they left it to late. Sale did well to maintain possession until the final whistle to pick up their first win at Sandy Park for six years.