Chiefs thrash Leicester on day one 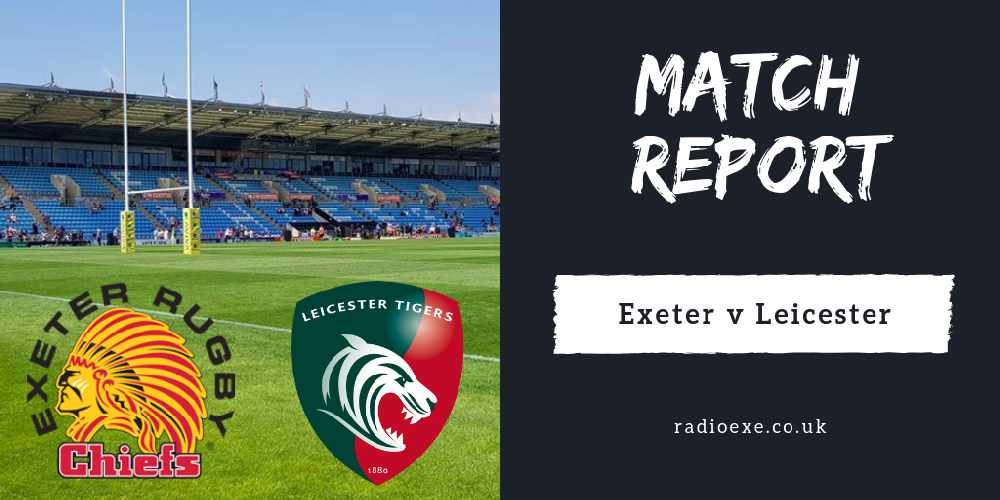 Exeter produced a scintillating second half display to beat the Leicester Tigers, in round one of the new Gallagher Premiership season.

After an error filled first 25 minutes, which allowed Leicester to gain a 6-0 lead through the boot of George Ford, Exeter finally got into their stride, with Olly Woodburn opening the Chiefs scoring in the 28th minute, after a good initial break by man of the match Matt Kvesic.

With the Exeter forwards starting to have more of an impact on the game, Exeter’s Sam Simmonds was able to power over from short range, meaning Exeter led 14-6 at the break.

The best try of the match came right at the death, after a well won turn over inside Leicester’s half, the ball was spun wide to Slade, who broke through the defence and then offloaded to the supporting Whitten, who went in under the posts.

Gareth Steenson was almost faultless with the boot converting five out of his six kicks, bringing the final score to Exeter Chiefs 40, Leicester Tigers 6.