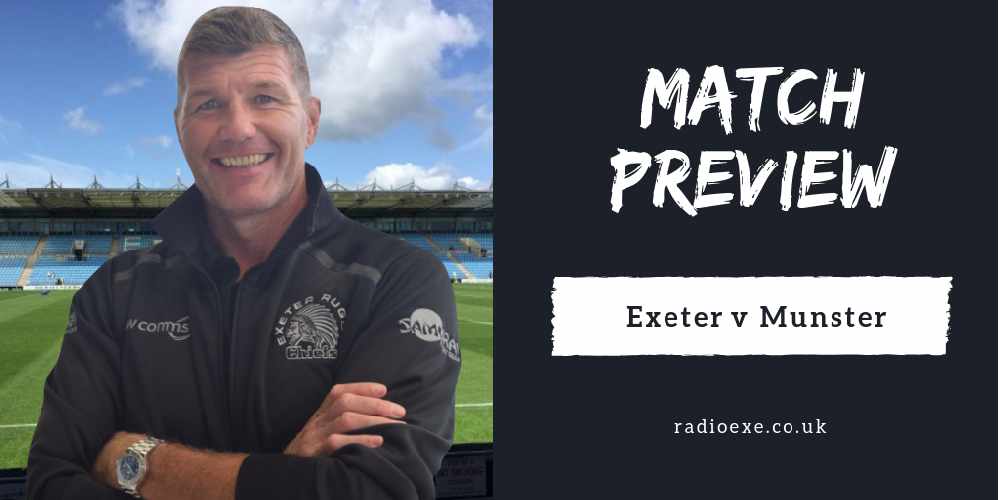 Rob Baxter's side must beat Munster, denying them a bonus point in the process, to book themselves a place in the last eight.

Munster stand tall on top of Pool Two with 17 points, four clear of the Chiefs.

Speaking ahead of the game tomorrow afternoon, Baxter says: “Undoubtedly, if we were to win and get through to the quarter-finals, it would probably rank as our best moment in the competition so far. “That’s not to say we haven’t won some big games in the past, both home and away, or that we have qualified for the quarter-finals before.

“The guys are fully aware that Munster will provide a huge challenge. At the same time, we’ve performed very well in our last two European fixtures and we know what we’ve focused on in our weekly prep and what has worked to enable us to play well in those games. Now, we just have to make sure we do the same things again over in Ireland.

“As we see it, this weekend’s game is effectively a last 16 knock-out game - and that’s not a bad position to be in when it comes to Europe. If you are amongst the top 16 sides in Europe, that’s a pretty good place to be.Yes, there have been frustrations with earlier parts of the competition, but now we’ve given ourselves a genuine shot of progressing in the competition."