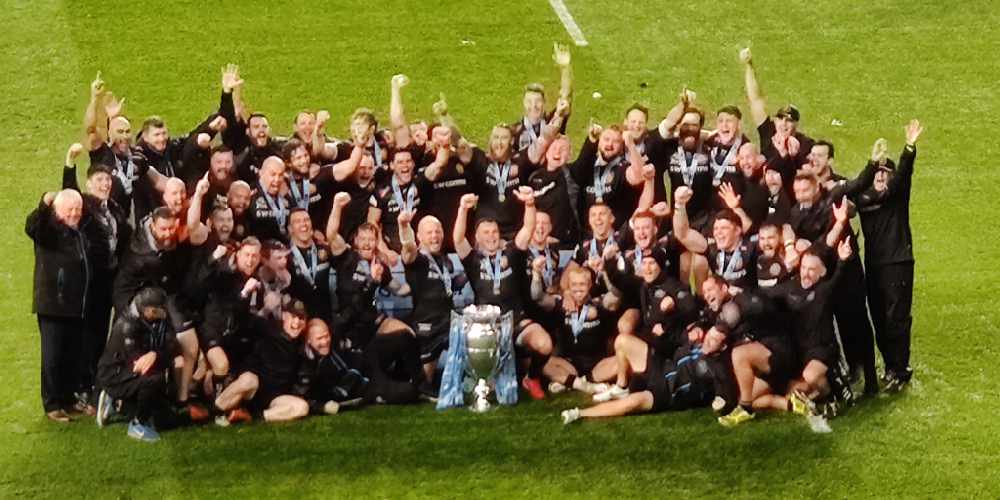 One week after winning the European Champions Cup, Exeter Chiefs beat Wasps at Twickenham to become the fourth English side to complete the famous domestic and European double.

Saturday’s historic win has finished off an extortionary decade for the Devon club. The chiefs were playing in the Championship just ten years ago, today, they’re labelled the best team in Europe - and one of biggest success stories in world rugby.

This was Exeter’s fifth consecutive trip to the capital – but it’s only the second time they’ve won the iconic final to crown them champions of England.

Baxter’s European champions started the game brightly – but they struggled in tough, wet conditions. A couple of early Exeter mistakes; including two knocks-ons and a misjudged kick from Joe Simmonds, gave Wasps the chance to gain territory – which ultimately led to them scoring the first points of the game. Gopperth comfortably slotted a penalty kick to give his side a 3-0 lead.

However, a moment of individual excellence from Henry Slade inspired a fight back. The England international ghosted through a gap, before riding the final tackle, to touch down under the posts. Joe Simmonds, the youngest-ever captain to lead his side to European glory, made no mistakes with the conversion.

A touch of absolute class by Henry Slade 🔥

He spots the gap and pounces to give @ExeterChiefs the first try of the #GallagherPremFinal! pic.twitter.com/c9ljS6M3pc

Chiefs director of rugby Rob Baxter admitted his side were far from their best in last weekend’s European Cup final, tonight they looked much the same. Exeter struggled to go through the gears as Wasps clawed their way back into contention. Umanga made a sublime break through the heart of Exeter’s defence to score Wasps’ first try of the afternoon.

Chiefs’ Joe Simmonds levelled proceedings with another penalty soon after, though, before kicking three more points on the stroke of half-time. Exeter narrowly led 13-10 at the break.

With the rain getting heavier as the night went on, Exeter made a handful of unforced errors with the slippery ball. Wasps took advantage with another penalty kick to level the score once more – but 23-year-old Simmonds returned the favour to regain a three-point lead.

Wasps pilled on the pressure late on and they came agonisingly close to Exeter’s try line in the 70th minute. Wasps' fowards found themselves just two metres - but they couldn’t breach Exeter’s immense defence. Baxter’s side eventually won the penalty – which was celebrated like a try – to clear their lines.

With the last kick of the game, like he did in the European final last weekend, Simmonds kicked three more points in the dying embers.