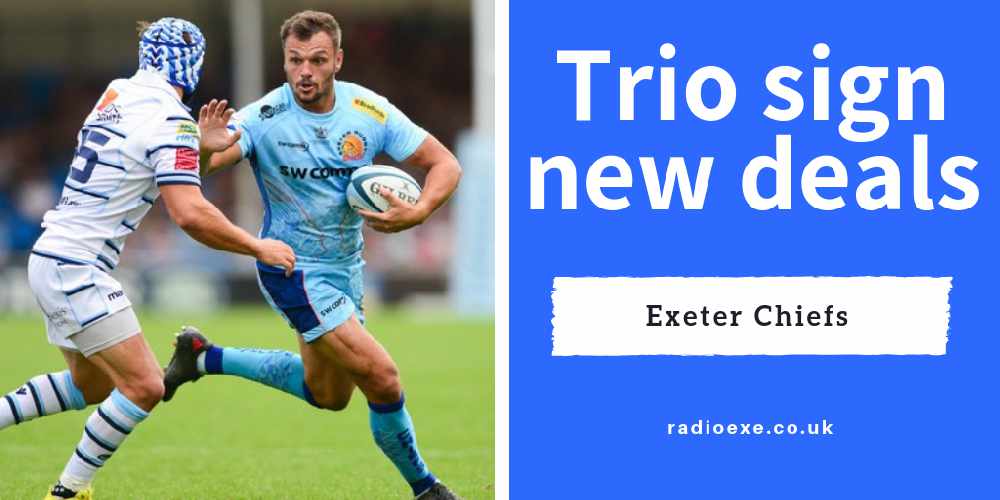 Exeter Chiefs director of rugby Rob Baxter says: “Obviously, we’re delighted that all three players see their futures with us.  In the case of Dollar, I think people will see what we’ve done in the past with some of our more senior players, where they get to that cycle of getting one-year rolling contracts, and how it’s worked for both us and the player themselves.

“In a lot of cases, a number of them have had these kinds of deals and then gone on to play for a number of years. For us, it works well to have those good people, who have been an integral part of our development and been a core part of the squad, still in and around the place moving forward.

“It’s important not only in terms of our culture, but also in terms of our strength of the squad moving forward to have characters like him, Gareth Steenson and Ben Moon. They’ve all been part of our journey over the years, but they’ve all developed step by step along the way.

And with the trio all signed up for the future, Baxter says he is close to announcing terms with a number of other first-team players whose contracts are set to expire at the end of the current campaign.​