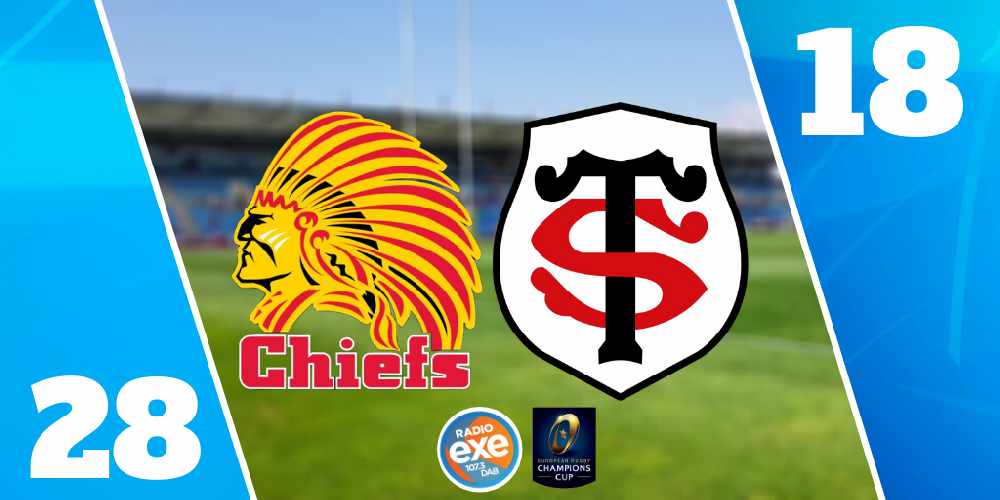 Toulouse have won this competition four times before – but they were no match for Exeter as the Devon club set sights on their debut Champions Cup final next month.

Reaching the final is a remarkable achievement for Exeter. Let’s not forget, they were playing in the Championship ten years ago.

Rob Baxter’s side will face Racing 92 in the penultimate European game of the season – which will be played at Bristol's Ashton Gate.

Toulouse started the game brilliantly and controlled much of the first half. The French visitors slotted two penalties inside the opening 15 minutes to give them a deserved 6-0 lead.

When Exeter managed to get their hands on the ball and build momentum, they were forced into sloppy mistakes. Chiefs lost two lineouts in promising positions which ultimately pilled on unwanted pressure.

Despite relentless waves of attacks on Exeter’s defence, the Chiefs did extremely well to weather the lengthy storm.

And on the half hour mark, one ferocious Exeter assault gave them the lead. Harry Williams powered over the line from close range – Joe Simmonds added the extras.

Both sides scored tries in a chaotic final five minutes to the half. The visitors got the first, Sam Simmonds got the second. Henry Slade made a remarkable break to set the attack up - and it was finished from close range after Exeter won a penalty under the posts and opted for the tap and go.

Exeter saw much more of the ball in the second half – even though they were playing into the wind.

Toulouse came extremely close to levelling proceedings with a penalty kick on the halfway line, an optimistic kick fell just short of the posts.

But on the hour mark, Exeter produced another huge blow with a try that put them ten points clear. Williams touched down for his second score of the afternoon from 2 metres out. Simmonds kept the scoreboard ticking with two more points from the tee.

Exeter defended heroically once more soon after. The French giants launched a stunning breakout from their own 22 – and within seconds they were within touching distance of Exeter’s try line. But Exeter won the penalty from the breakdown.

The visitors reduced the deficit late on with another try of their own, but Chiefs did well to play out the win.

Exeter will face Racing 92 in the final at Ashton Gate next month.

What an incredible journey @ExeterChiefs are on!

They are into their first @ChampionsCup final! 👏

Look at what it means to these players 😊#HeinekenChampionsCup pic.twitter.com/IO6TCjKxrJ