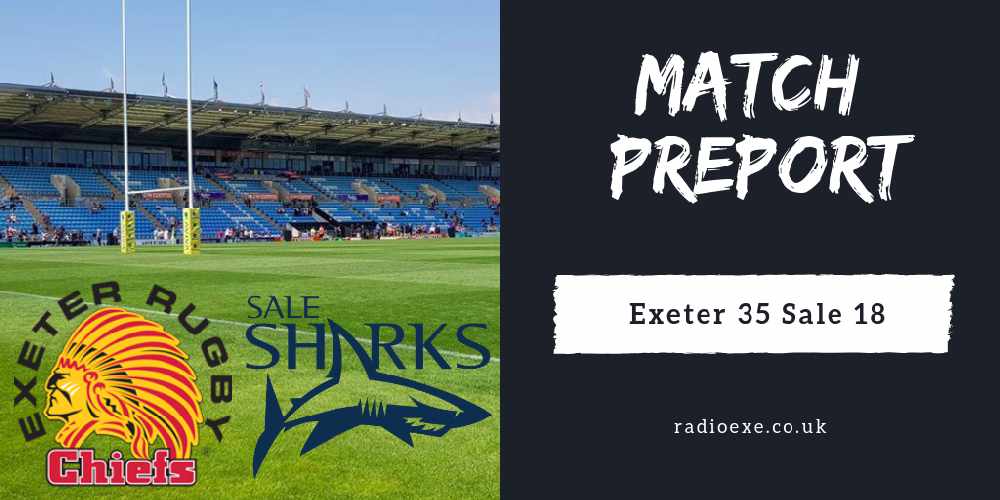 Three games. Three wins. Maximum points. Exeter Chiefs are proving unstoppable in the early stages of the new Premiership season. The 2017 champions have kicked off their campaign in exquisite fashion producing another high scoring, scintillating performance this afternoon at Sandy Park.

The Chiefs made seven changes to the side that beat Wasps. The stand out name on the starting line-up was the return of England International Jack Nowell. The Cornishman, who scored a try for the Exeter braves last week, in a game they won 50-35, made his first Premiership appearance of the season following summer surgery on an ankle injury.

Exeter scored two tries in the first-half and went into the break with a narrow lead. Fancy footwork and electric pace was required for the first try, pure power and robust strength for the second.

Fly-half Joe Simmonds exploited a gap in the Sale defence to break away, seconds before getting tackled, Santiago Cordero was on his shoulder to take the pass and score under the posts. 10 minutes later, a succession of close quarte drives resulted in Jonny Hill powering his way over the line like a juggernaut to score Exeter’s second.

Two early penalty kicks plus a converted try for the visitors took the score to 14-13 at the break.

Henry Slade, who was deservedly awarded man of the match, produced a moment of individual excellence to help score Exeter’s third. The number 13 might have danced his way to assist of the season – and were only three games in! Having found another gap in the Sale defence, he glided past a number of red shirts with ease to release Jake Maunder for an easy touchdown. Simmonds with the extras.

The visitors responded with a try of their own soon after, but the game was put to bed when Chiefs’ Alex Cuthbert and Tom Lawday scored a further two scores. Both superbly converted be Gareth Steenson, who replaced Simmonds mid-way through the second 40 minutes.

MAN OF THE MATCH - HENRY SLADE 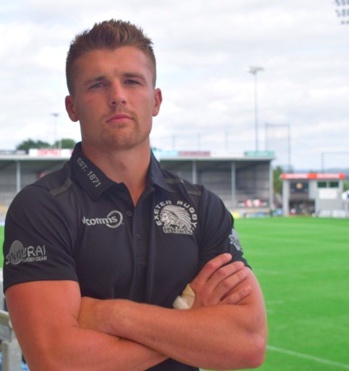