Back to business for Exeter City 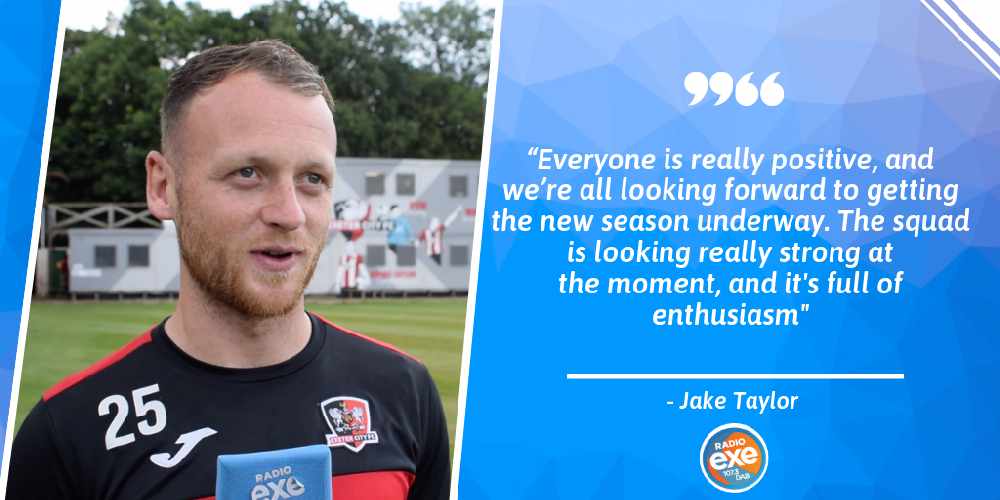 Football is back! Exeter City kick-start their 2019/20 season against Macclesfield Town at St James Park on Saturday (3rd August).

It's been a good pre-season for the Grecians - who ended their summer with a 2-1 victory against local rivals Torquay United. City captain Jake Taylor says there's a real buzz around the place heading into the new season, and exciting times lay ahead.

"Obviously it's been really hard work, but I think everyone expects that from pre-season," said Taylor. "We've had some good games, and everyone is really positive and looking forward to getting the new season underway.

"It's important to win pre-season games and continue that over the duration of the season. With the squad now, with everything that's going on around the place, it's exciting. We can't wait for Saturday, hopefully there's a real good turn out from the crowd and hopefully we can put on a good display for them."

City manager Matt Taylor, now in his second year in charge of the Devon club, has signed a number of new players during a busy transfer window.

Speaking about the new recruits, Exeter's captain added: "As soon as the new players came in we could see their quality straight away. They're all good people on and off the pitch and they've settled into the group nicely.

"They've brought lots of good enthusiasm and good mental strength to the team."