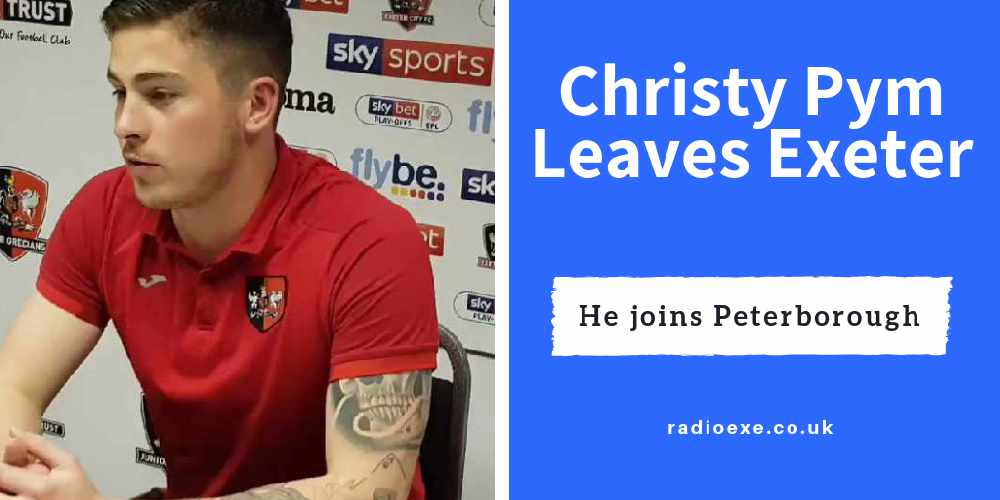 Pym, a product of the club’s youth academy, made 130 appearances for Exeter.

However, with his contract expiring this season, he has has decided not to put pen to paper with Matt Taylor's side. Instead, he's decided to join League One side Peterborough United on a three year deal.

At the age of 24-years-old, City are not entitled to compensation.

Chairman Julian Tagg, says: “While we are disappointed not to receive a compensation fee for Christy, another one of our talented academy graduates, he has been a fantastic servant for this club playing well over 150 first team games.

“Christy has been a credit to Exeter City throughout his time at St James Park, not only because of his superb performances on the field, but because he is also been at the forefront of our work in the community attending many events put on by our CITY Community Trust.

“We thank Christy for his hard work and commitment during his time with us and we wish him well for the future.”