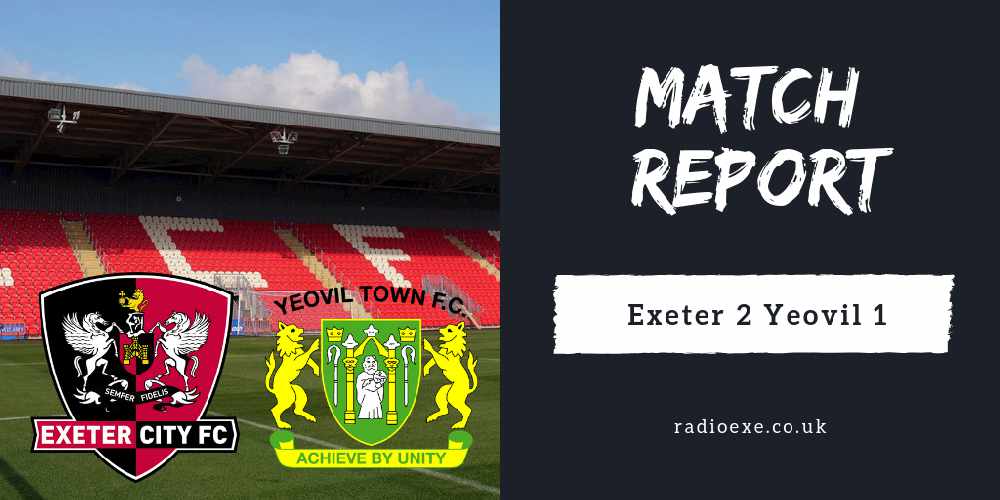 Matt Taylor didn’t make any changes to the side that beat Oldham last weekend as the hosts looked to continue their run of good form.

In the early kick of at St James Park (13:00), both sides started well, but it was Exeter who created the most chances and enjoyed the majority of possession inside the opening 30 minutes. Playing with their tales up, the grecians took the lead. Lee Holmes curled in a delightful effort outside the box into the top corner as it finished 1-0 at half-time.

The visitors came out fighting in the second half and soon found an equaliser through the boot of Tom James with a 25 yard strike.

But with less than 5 minutes to play, city snatched the winner. Stockely, who scored his first ever hat-trick for the club last weekend, fired home in the 88th minute. Ogbene whipped in a cross to the far corner where the centre forward finished well for his 50thgoal for the club.

The win lifts the Grecians to fourth in League Two, 7 points behind league leaders Lincoln.

Up next, Exeter welcome Grimsby to St James Park. Saturday at 3.