Exeter City back on track 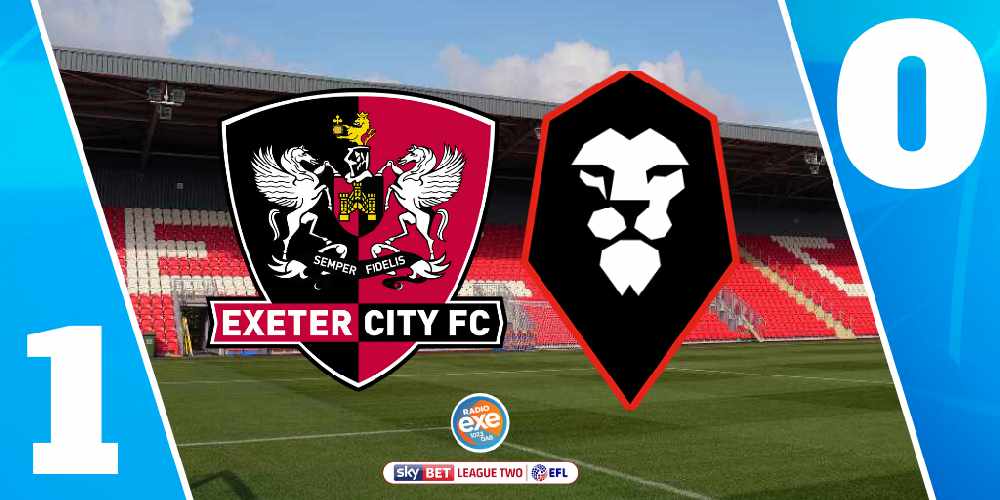 In a first half that featured very few chances, the visitors were unlucky not to break the deadlock inside 15 minutes when Ian Henderson cut inside Alex Hartridge before hitting the crossbar.

The Grecians, meanwhile, started slowly but they saw more of the ball as the half progressed – and just after the half hour mark, the hosts scored with their first shot on target. A low cross from Robbie Wilmott found Jake Taylor on the edge of the box, the captain’s shot was blocked, but the rebound fell nicely for Matt Jay who scored from a tight angle to bag his 18th goal of the season. City led 1-0 at the break.

Salford enjoyed large part of possession in the second half, but they didn’t create a lot of chances at goal - the closest they came was in the 70th minute when Ibou Touray’s low driven attempt was saved by the feet of Jokul Andresson.