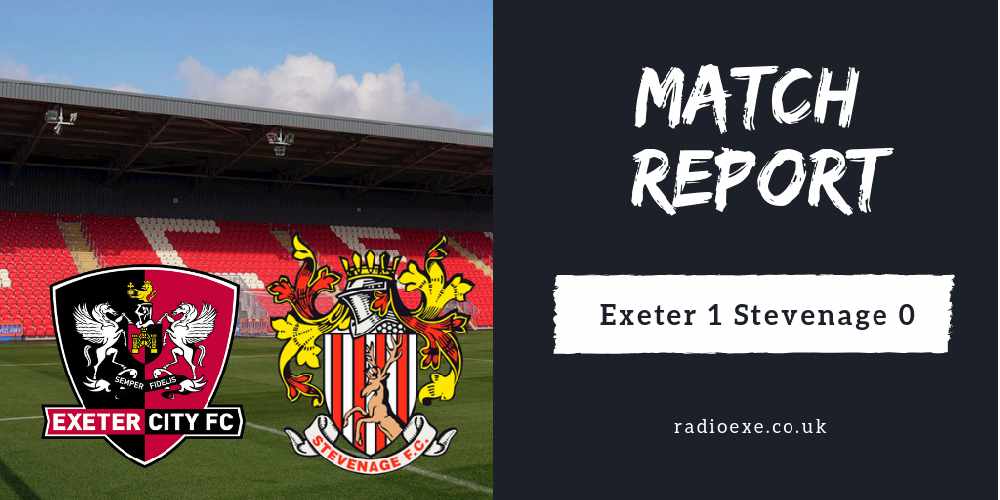 What’s it with Exeter City and injury time?

Last Saturday, Exeter were denied three points with a 97th minute equaliser from Port Vale. The travelling fans were urging the referee to blow his whistle. However, this afternoon, it was the complete opposite. The Grecian supporters didn’t want the first-half to end. They dominated it from start to finish.

Within two minutes of kick-off, City’s Jayden Stockely had his shot palmed onto the post – the first of many chances for City to take the lead.

Following a succession of in swinging corners, Jonathon Forte saw his close range shot well stopped by the goal keeper. Moments later, Stockley’s effort was deflected over the bar, Nicky Law headed the ball onto the roof of the net and Hiram Boateng had his shot well blocked inside the area.

Some fans must have been thinking “it might just be one of those days.” But others knew It was inevitable. A goal was coming. And it did. In the sixth minute of injury time in the first-half, Exeter’s Dean Moxey, inside the six yard box, volleyed the ball into the back of the net to give his side a deserved 1-0 lead at half-time.

Things went from bad to worse for the visitors in the final ten minutes of the second half. Their hopes of an equaliser declined dramatically when Luther Wildin received his second yellow card for bringing down City substitute Chiedozie Ogbene. Playing with ten men, Stevenage struggled to breach Exeter's defence as it finished 1-0 at full-time.

Clean sheet. Three points. Positive performance. Up next, It's Yeovil away.