Exeter City held to another draw 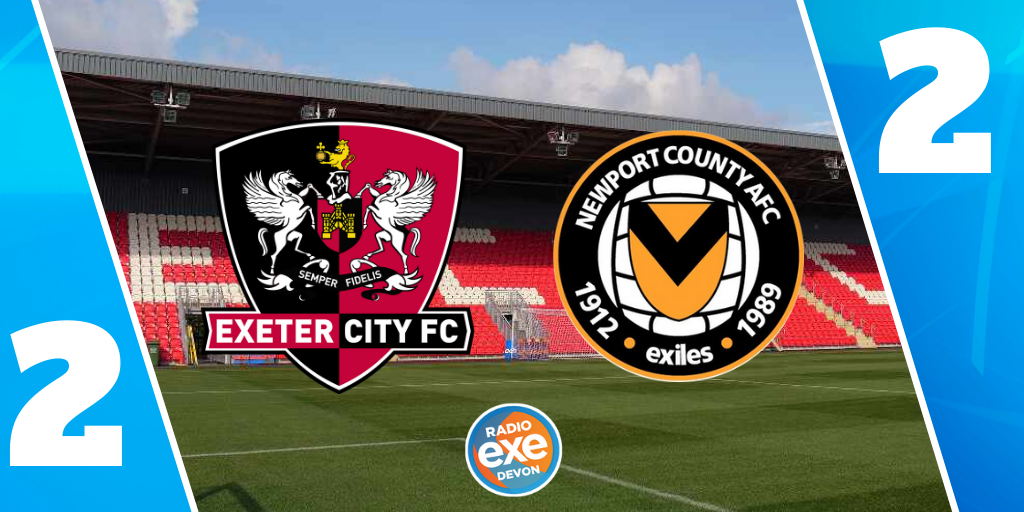 It was a lively start at St James Park in the fixture between Newport County and the Grecian’s.

Within four minutes of the kick-off whistle being blown, Exeter received their first yellow card of the match after Colin Daniel committed a late two-footed tackle.

Newport were first to get a goal. Ryan Haynes ran down the left and fired the ball in the bottom corner.

The Grecian’s claimed a free kick early on after Owura Edwards Owura was taken down just outside the penalty box. Three minutes later, Edwards gets on the ball and tries to go for goal, but the ball deflected and went out of St James Park.

Collins had a good attempt at scoring, going through the middle and shooting, but the ball went wide. Within seconds of the failed attempt, Matt Jay gets behind the ball and puts it in the back of the net to get Exeter City the equaliser.

The score didn’t stay equal for long. It only took seven minutes before Newport County went back in front, with Baker-Richardson pelting it in the back of the net from 20 yards out.

Minutes before half time, the ref handed out the second yellow card of the match – this time for Newport’s Baker-Richardson for tripping up Archie Collins.

The score at half time was Exeter 1, Newport 2.

Neither side made any changes in players or formation at the start of the second half. Cameron Dawson was having some difficulties with his feet in the early stages, receiving the ball multiple times but not being able to clear it very well.

Within 10 minutes, Sam Nombe scored an equaliser, cutting in from the left and firing it into the net.

The second half was full of chances and the game seemed even. Both teams were able to drive the ball towards their attacking goals, but Sam Nombe’s equaliser was the last goal of the game.

The referee signalled for 5 additional minutes, although we had 6. In the 96 minute, Johnathan Grounds received a yellow card for causing a trip.

For an alternative view of the match from Exeter College student George Burford, click here.