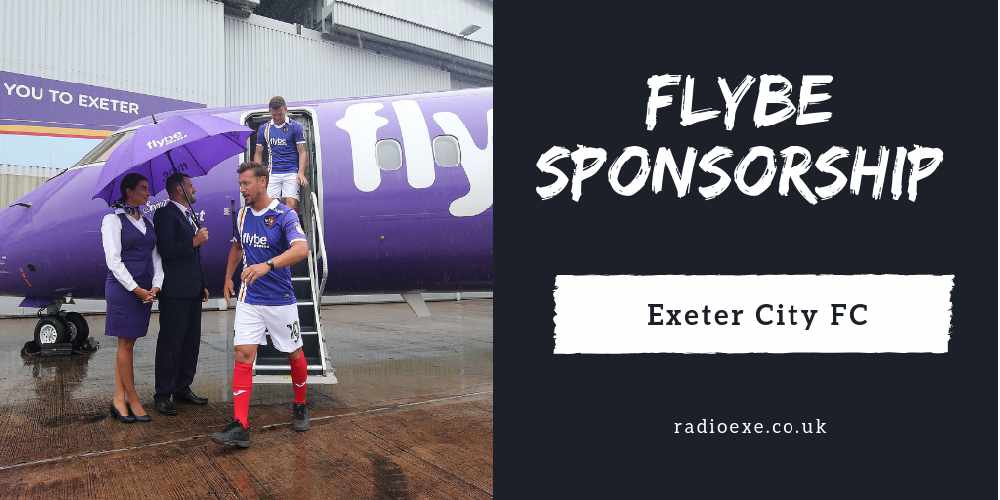 It's currently the second longest shirt sponsorship in the Football League

The renewed contract extends through to 2020

The Exeter-based airline has been the Grecians’ shirt sponsor since 2003, supporting them through the years of highs and lows; promotions, relegations, Wembley finals and historic cup games.

Julian Tagg, Chairman of Exeter City Football Club, said the club was extremely proud of its long-term association with Flybe. “Flybe has been an important sponsor of our club and has proudly stood beside us through all the ups and downs of the last 15 seasons - through good times and bad. But, we don’t view this as a purely commercial relationship – to us Flybe is a partner in the truest sense of the word and should be applauded for its ongoing loyalty not only to Exeter City and its fans, but for its contribution to the local economy and community participation to the city as a whole.

"The importance of Flybe’s sponsorship cannot be underestimated, playing a key role in enabling our community-owned club to become stable and grow over the years – a relationship we hope will continue for many years to come.”

This year’s anniversary of a 16th season also reflects the length of time the football club has been owned by the Exeter City Supporters' Trust and the close relationship with the fans over this time reflects Flybe’s own commitment to connecting and being close to the regional communities it serves.