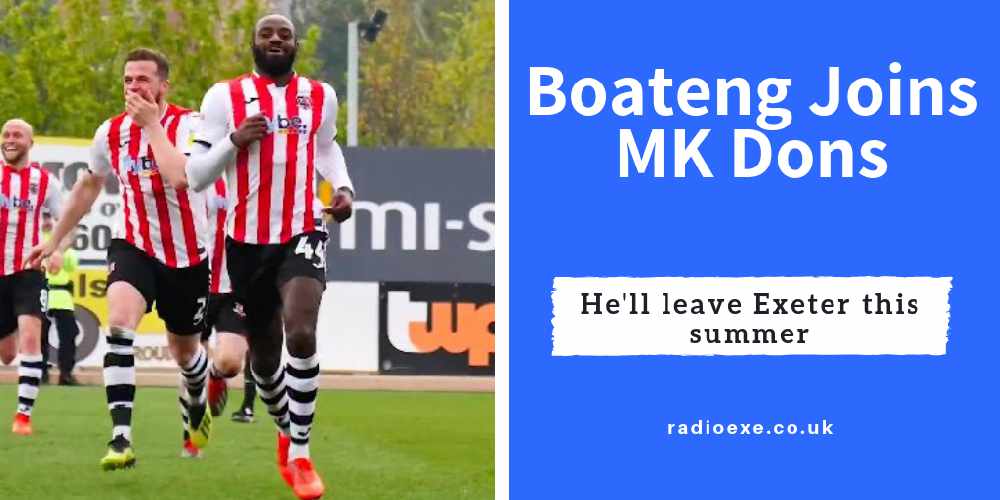 Exeter City midfielder turns down new contract, of a higher value than any previously offered by the club

The 23-year-old midfielder, who signed for the Grecians in August 2017, is the fifth former Exeter City player to join newly promoted League One side MK Dons - managed by City's previous manager Paul Tisdale.

Exeter will seek maximum compensation from MK Dons either by agreement direct or via a PFCC tribunal.

Exeter City chairman Julian Tagg says: "Hiram is a fantastic person and player who has excelled during his time at Exeter City, we thank him for his commitment to the club and wish him well for future."

During his time in Devon, he's made 64 appearances and scored three goals - including his incredible Goal of the Season strike against Port Vale (see below).

Parkes joins the Grecians having had two promotions under his belt with Bristol Rovers as well as spells playing for Leyton Orient, Burton Albion and Yeovil Town.

He described himself as an aggressive centre-half who likes to play football and says he can’t wait to get started.

“I am happy to be here,” said the 27-year-old former England under-17 international.

“I got a phone call from my agent saying that Exeter were interested in signing me and I came down last week, had a look at the training facilities, and I was very pleased with everything that was going on down here. I didn’t think there was any problems for me not to sign here.

“It is exciting that you have got a club that is always pushing to try and get promotion. I have had two promotions when I was at Bristol and hopefully I can get another one at this club.”