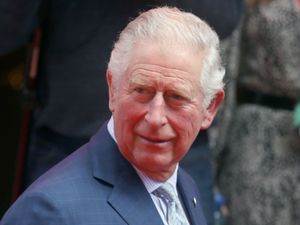 Prince Charles has been diagnosed with COVID-19.

The royal, who is Prince of Wales, Duke of Cornwall and heir to the throne, displayed "mild symptoms" on Sunday, was tested on Monday, with the results coming through on Tuesday night.

His Royal Highness "otherwise remains in good health" and has been self-isolating in Scotland with the Duchess of Cornwall - who has tested negative for coronavirus.

"The Prince of Wales has tested positive for coronavirus," the statement said.

"He has been displaying mild symptoms but otherwise remains in good health and has been working from home throughout the last few days as usual.

"The Duchess of Cornwall has also been tested but does not have the virus. In accordance with government and medical advice, the Prince and the Duchess are now self-isolating at home in Scotland.

"The tests were carried out by the NHS in Aberdeenshire where they met the criteria required for testing.

"It is not possible to ascertain from whom the Prince caught the virus owing to the high number of engagements he carried out in his public role during recent weeks."

Prince Charles' last public event was a reception and dinner in aid of the Australian bushfire relief effort on 12 March, which took place at Mansion House in London.

Earlier that day the Prince of Wales had attended an investiture ceremony at Buckingham Palace, where he greeted recipients with a non-contact gesture due to concerns about the spread of the illness.

Sky News' royal correspondent Rhiannon Mills said that since then Charles has a "small number of meetings", and that all people he has come into contact with have been tested.

Doctors' most conservative estimate is that he would have been contagious since 13 March, she added.

He last met the Queen on the morning of 12 March and the 93-year-old monarch is said to be in "good health" and following all appropriate health and safety advice.

"The Queen last saw the Prince of Wales briefly on 12 March and is following all the appropriate advice with regard to her welfare. We will not be commenting further."

On 11 March, Charles attended a Prince's Trust event in London and greeted celebrity guests without a handshake.

Among those he was seen meeting were Ant and Dec, actor Pierce Brosnan and Rolling Stones star Ronnie Wood.

On 10 March, Prince Charles hosted a WaterAid summit at Clarence House to discuss the impact of climate change on access to drinking water.

The event was also attended by Prince Albert of Monaco, who last week became the first head of state confirmed to have tested positive for coronavirus.

His health was described as "not worrying" and he was being treated by doctors from the Princess Grace Hospital, named after his US actress mother.

Albert is continuing to work from his home office in the palace and is in contact with members of his government.

The announcement that Prince Charles has COVID-19 comes a week after the Queen and Prince Philip moved to Windsor Castle earlier than planned for the Easter period.

Following their arrival in Windsor, the monarch issued a message of solidarity to Britons worried about the disease, saying families around the UK were entering "a period of great concern and uncertainty".

"We are all being advised to change our normal routines and regular patterns of life for the greater good of the communities we live in and, in particular, to protect the most vulnerable within them," she said.

"At times such as these, I am reminded that our nation's history has been forged by people and communities coming together to work as one, concentrating our combined efforts with a focus on the common goal.

"We are enormously thankful for the expertise and commitment of our scientists, medical practitioners and emergency and public services; but now more than any time in our recent past, we all have a vitally important part to play as individuals - today and in the coming days, weeks and months.

"Many of us will need to find new ways of staying in touch with each other and making sure that loved ones are safe. I am certain we are up to that challenge. You can be assured that my family and I stand ready to play our part."

The UK has seen 424 deaths from coronavirus so far, with more than 8,000 confirmed cases.

There were 89 deaths reported on Tuesday, which was the biggest daily nationwide increase to date.

Prime Minister Boris Johnson has enforced a lockdown to try to slow the spread the disease, with people urged not to leave their homes unless absolutely necessary.

Britons should stay indoors unless they are classed as key workers, such as the emergency services, to buy food and other vital supplies, and for exercise - but only once per day.

Some confusion remains over the measures, however, with Mr Johnson facing increasing calls to intervene and stop non-essential construction workers heading to building sites during the pandemic.