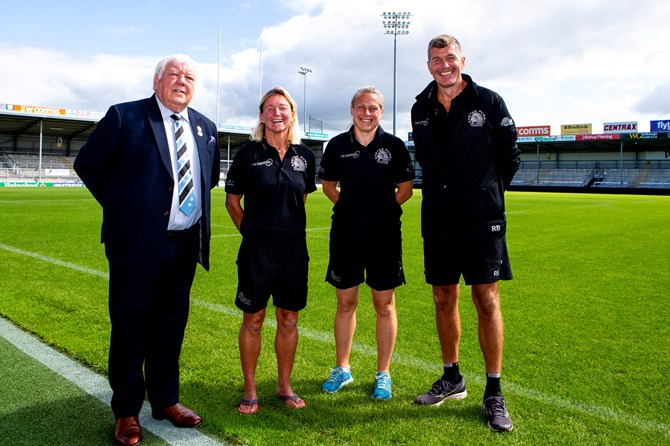 Now there's a new squaw in town. Exeter Chiefs' women's team is part of a 10-strong league to run for three years from the 2020/1 season.

The Tyrrells Premier 15s began three years ago, having morphed from the Women's Premiership. That three-year arrangement is at an end, creating the opportunity for a new batch of 10 teams - of which the Chiefs are one. I's have to be dotted and Ts crossed, but once the paperwork is done, the other teams should be:

Chiefs' top dog Tony Rowe says: “This is the news we have been waiting for. After months and months of hard work behind the scenes, this is the real reward. I wanted to start a women’s side many years ago. We looked at the idea when the first applications for the Tyrrells Premier 15s division were out, but we weren’t in a position to go forward at that time. This time, though, we weren’t going to miss the boat and it’s fantastic that we’re now very much part and parcel of things.

“Having both coaches [Susie Appleby and Amy Garnett] come on board earlier this year has helped massively and their work, together with many others, has paid off significantly. But what today’s announcement confirms is the missing piece of the jigsaw that we needed.