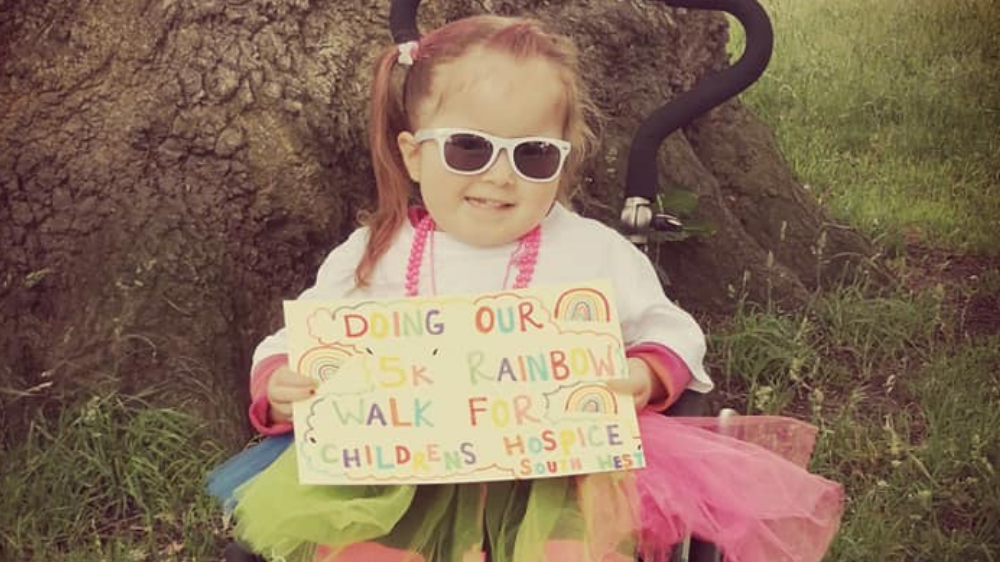 Local charity Children’s Hospice South West is encouraging people to wear all the colours of the rainbow and help raise vital funds for the charity this month.

Its ‘Rainbow Run Your Way’ fundraising event takes place on June 19-20 and anyone can get involved by doing their own brightly coloured sponsored activity. “Whether it’s a run, walk, jog, cycle, swim, hop, skip or jump, as long as it’s colourful, the choice is yours,” said Kiley Pearce, event fundraiser at CHSW.

“Just choose your own activity and your own distance, wear your brightest clothes and have some fun raising a few pounds to help ensure local children and families continue to receive vital care and support.”

Last year, the charity’s traditional Rainbow Runs, including at Westpoint in Exeter, was cancelled due to the pandemic. Instead, the event went virtual and around 2,000 people raised an incredible £100,000 for the charity by doing their own Rainbow Run with family and friends.
“We were overwhelmed by the number of people who got involved last year,” said Kiley.

“It was fabulous to see so many people embracing the fun that Rainbow Runs are all about and we hope people will get involved again and make another huge splash of colour in support of our hospices.”

This year, CHSW is celebrating its 30th anniversary and the charity hopes to raise £30,000 for each of its three children’s hospices: Little Bridge House in North Devon, Charlton Farm in Somerset and Little Harbour in Cornwall.

“To be able to raise £30,000 for each of our hospices in our 30th anniversary year really would be very special and would help us to ensure that we can be there for local children and families and give them the vital care they so desperately need now and, in the future,” added Kiley.

It’s free to sign up for Rainbow Run Your Way and if participants can raise more than £15, they will receive a special Children’s Hospice South West 30th anniversary medal.

The colourful fundraiser, which takes place at the start of National Children’s Hospice Week, is kindly being sponsored by Ann’s Cottage and The Exeter.