Cocaine dealer had £620k of drug in Devon

A drug dealer from Liverpool caught in Devon with £630,000-worth of cocaine hidden in an elaborate secret compartment in his van has been jailed for nine years.

Jonathan Kenney had been stopped by police on the M5 in Cullompton when officers discovered the huge haul stashed in the back of the vehicle.

The sophisticated hidden space could only be accessed through a combination of electronic switches and a remote control device operated by the driver.

Kenney, aged 33, admitted possession of a Class A drug with intent to supply when he appeared before Exeter Crown Court on Friday 7 May. Judge Rose sentenced him to nine years in prison.

Kenney was stopped in his van by officers from the South Devon proactive team of Devon and Cornwall Police on the evening of 20 August 2020.

Initial searches of the vehicle gave the impression it was entirely legitimate, with Kenney claiming to be travelling for his job. 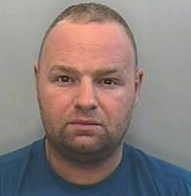 The van was taken to Torquay police station for more detailed searches to take place, where its interior panelling, shelving and bulkhead areas were disassembled. Officers discovered the secret compartment with seven large blocks of cocaine, with a street value of £629,190, inside.

Further searches at Kenney’s home address in Liverpool uncovered what appeared to be a room for processing drugs. Scales, wrapping materials, an industrial press used for the processing of blocks of cocaine, as well as trace amounts of the drug were recovered from work benches. Kenney’s DNA was recovered from the press itself.

Sentencing, Judge Rose described the amount of cocaine being transported to the westcountry as “staggering”, rendering the drug dealing operation as “truly significant”. He added that it would “inflict harm on the communities to which it was destined.

Detective Inspector Mike Jones said: “This van was made to look as though it was being used by a keyworker during the height of the covid-19 pandemic.

“It had been adapted to include a ‘hide’, clearly intending to be used to try and prevent this large amount of drugs from being located. This represents a significant seizure of drugs coming into the Devon and Cornwall area.”