Council bottles out of glass recycling 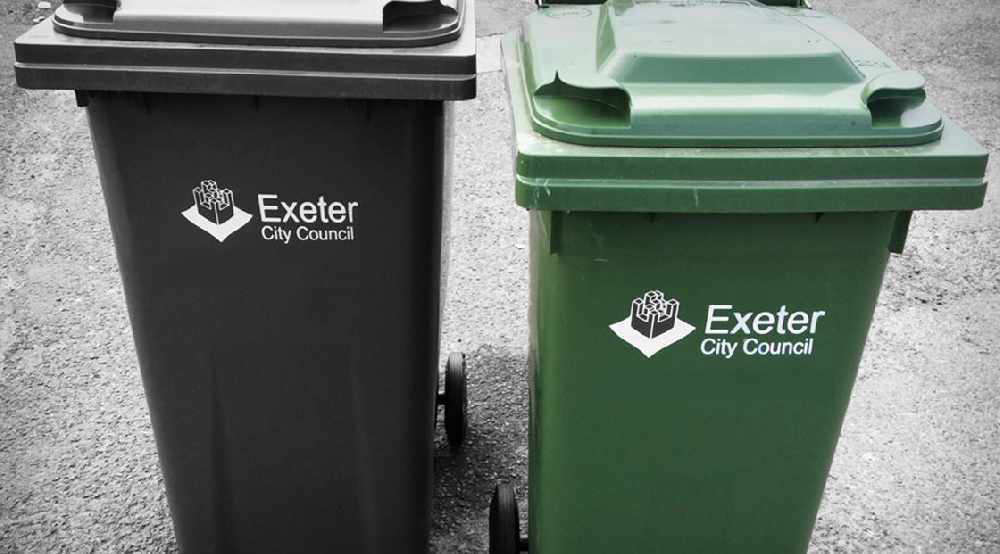 Exeter residents will have to keep taking their glass to bottle banks after the city council delayed the rollout of a kerbside collection service indefinitely.

Councillors heard that the pandemic was the main reason for the delay, along with setbacks in buying the electric vehicles needed to operate the service. They voted to retain fortnightly recycling and waste collections and begin a pilot food waste collection service in at least one area from the autumn.

Exeter’s recycling rates are currently the worst in Devon at 26 per cent of total waste collected. By comparison, neighbouring East Devon recycles 61 per cent of its waste and in Mid Devon the figure is 53 per cent. Devon County Council’s officer in charge of waste last year said the city’s recycling performance “needs attention”.

Plans to introduce kerbside collections for glass and food waste were first announced by the city council two years ago. The ruling Exeter Labour Party said in March this year that it is “preparing to deliver on its commitment to provide food waste and glass collection from every household in the city” and “it is expected that this service will commence in the autumn”.

However, while the pilot for the food waste service was approved at Wednesday night’s full council meeting, no date has been given for when glass will be collected from outside homes. Instead, the authority said it will “wait for further guidance from the government on the current consultation process for the consistency of collections.”

Councillor David Harvey (Labour, Pinhoe), portfolio holder for city management, said: “I and my colleagues are not prepared to rush a half-baked service. We are unswerving in our dedication and commitment to provide a kerbside surplus waste collection and a kerbside glass collection service for all the residents of Exeter in an equal manner.”

He added: “It will be done as soon as reasonably practicable. You will understand, as many of you are commercial people, that when it comes to purchasing, the larger authorities – the cities who purchase hundreds of [refuse collection vehicles] at one time will clearly be further up the queue than we will.

“The staff are working their socks off to deliver this for the residents of Exeter. I am absolutely confident that we will be using a pilot rollout [for food waste] in the autumn, which will be followed by a rollout across the city, and for glass collection vehicles to follow that.”

Cllr Harvey also hit out at comments from Councillor Kevin Mitchell (Lib Dem, Duryard & St James), co-leader of the Progressive Group, who expressed concern that the pilot rollout might just be in one community, meaning they would have a “gold standard service” for a time while others missed out.

“I can assure you that all residents will receive an equal service, Councillor Mitchell. There will be no discrimination amongst any of us.”

Cllr Mitchell said he was “extremely concerned by the dither and delay that has occurred in recent times in implementing this”.

“The recommendations, when you look at them, it could easily be argued that this is being thrown into the long grass and that it is not something that my group want. We’ve offered to work with you in the past, I would offer that again to get this implemented as soon as possible.”

Councillor Anne Jobson (Conservative, St Loyes) was also critical of the plan: “It seems to me to seek to indefinitely delay, until presumably forced by government, to introduce kerbside glass collection. There’s no start date, no plan, just weak acknowledgement that you need to ‘work towards introducing glass collections’.

“A proposal to implement the food waste collection as a pilot scheme in at least one area is also, we would suggest, insufficient. There needs to be a clear timetable for a rollout across the city. Residents expect Exeter to improve its recycling rate and for this council to introduce what they promised.”

In response to the Tory councillor, leader of the authority, Councillor Phil Bialyk, said: “Your party’s in charge. You are running the country. You should give us the dates that this can happen. The dither in the policy is coming from central government at this moment.”

He added: “Give the local authorities a decision that they require so they can implement it. You’re in charge remember, you’re in control of that, not us.”