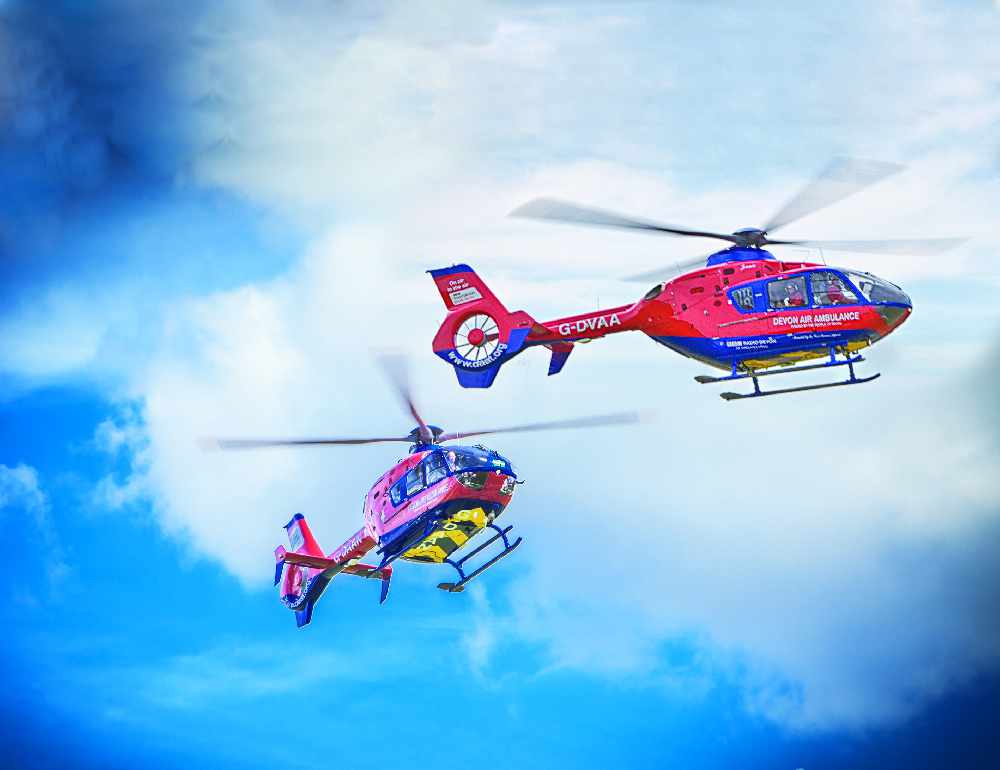 On 11 February the service was called to help a rural patient, in an agricultural location, who had suffered chest injuries, after being crushed by a cow.

Nigel Hare, Operations Director for Devon Air Ambulance said, “Due to patient confidentiality we don’t know much about the patients we help. For our 27,000th mission we were deployed at 1531 from a 999 call and were in the air at 1534 hours. The flight to scene took just 11 minutes.”

He added “The advantage of travelling by air is that we don’t get caught up in traffic jams or in narrow country lanes. This means we get our critical care specialist paramedics and doctor to the patient as quickly as possible, which can make a huge difference to patient outcome.  On this occasion, after assessing the patient and assisting the land ambulance crew with treatment, the patient's condition was best suited to travel by road to the RD&E Hospital in Exeter.”

Heléna Holt, CEO of Devon Air Ambulance added “The last couple of weeks has seen us reach several landmarks; from assisting our 100th patient in the dark, opening the 100th Community Landing Site, to announcing that 2018 was our busiest year ever, helping 1,109 patients. But we don’t have time to rest on our laurels as we are constantly looking at the service and seeing what would make our patient care even better.”