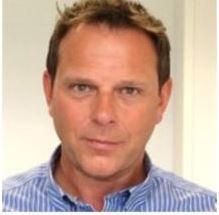 It was back in January when Devon’s public health teams first became aware of a mysterious virus in China. And while the rest of world was getting on witDh life and preparing for Brexit, they started planning to respond if coronavirus made its way to Devon.

Eleven months later, more than 10,000 Devon residents have tested positive for covid-19 and nearly 300 people have died. Thousands have ended up in hospital.

But Devon has fared far better than other areas, and remains the area in England with the lowest death rate. At 37 per 100,000 population, the only place in England below the 40 per 100,000 mark. The worst hit area – Tameside – has seen nearly ten times that proportion of deaths. Only Cornwall, the Isle of Wight, Dorset and Wiltshire have had lower infection rates than Devon throughout the entire pandemic, and for smaller council areas the South Hams, Torridge, Teignbridge, West Devon and Mid Devon are among the bottom ten in England.

This is the story of how Devon’s public health teams responded to and dealt with a year like no other.

“We have pandemic flu plans ready to go”, said Steve Brown, Devon’s public health director designate, who also led the response in 2009 for the swine flu outbreak, when one of the first places in England were cases were confirmed was at Paignton Community College. “So we always had plans in place and we test and learn from those plans for any novel virus. It was mid-January when we started to get some information flowing through the public health route about this novel virus coming from China.

“That’s not unusual. We have experience of novel viruses around the world, so we kept a watching brief around how it was developing, but our interest pricked up significantly at the end of January when the first case in the UK was confirmed, so once we saw that and transmission into the country, you start to think this could be something serious.

“It was the beginning of February we started to look back and reflect on the pandemic flu plan – and although we had a pandemic flu plan, we didn’t have a covid-19 plan, so any plan while providing a helpful framework, needed to be adapted and amended to the challenges.”

“So in February and March, we started in Devon to put in place some of the work that should stand us in good time going forward, around the incident management team, to include the public health expertise, those in health protection, and those around data and intelligence, which is fundamental to managing an outbreak, so we started to get the right people in the room as we were allowed to then”.

And just like in the 2009 swine flu pandemic, Devon was hit early by covid-19. On 2 March, two cases of the coronavirus were in the county – a pupil and family member at Churston Ferrers Grammar School – while two Torquay GP surgeries were closed following advice from Public Health England. There had been two cases confirmed in Teignbridge on 1 March that received less publicity, but closures of other schools quickly followed, with Galmpton Primary, Collaton St Mary Primary, Berry Pomeroy Primary and Brixham Primary, while cases began to crop up across the rest of the county.

In the early stages, everyone was hospitalised, not necessarily through sickness Mr Brown said, but through a lack of clarity and understanding of the disease. By the first time that coronavirus was discussed inside a council chamber on 11 March, Devon County Council’s cabinet heard there was a low risk for anyone attending schools. Face masks were not recommended and there was no need to close any settings or send anyone home.

Those measures and message swiftly changed, with schools shut within 10 days and the country into full lockdown shortly after. Mr Brown said that the toughest challenge throughout the last nine months has been the changing guidance and trying to answer people’s questions when there is not absolutely clarity.

“Back at the beginning were talking about it being okay to meet outdoors, schools can continue, a mild to moderate flu symptoms for most, no face coverings needed, and pretty quickly as the evidence developed, those messages changed.

“At the beginning it wasn’t framed as ‘face, space, hands’ but was about hand washing and doing that for 20 seconds and signing Happy Birthday, but a continuous updating of the messages and action is clearly not helpful but we had to change and adapt, but does make things difficult when you say one thing on Friday and another on the Monday.”

Asked why Devon did well, with cases and deaths among the lowest in the country, Mr Brown said it was never one thing, but Devon has some natural advantages. “Let’s reflect on the rurality of Devon,” he said. “A disease that transmits for person to person and mainly in indoor settings, so us not having mass infrastructure like the underground means that we are not bringing lots of people together into indoor spaces where transmission can happen freely.

“The geography of Devon has played to our benefit and the timeliness of the first lockdown was absolutely the right time, and we saw high compliance in Devon which helped reduce infections, and even now, even though one death is too many, we are on the of the lowest in the country for deaths and in care homes, and that speaks highly of the work of staff in care homes. These are all things that collectively play out to put in is a good position compared to the rest of the country.”

And as the summer came and the first wave ended, coronavirus in Devon almost became a distant memory, with cases low, deaths low, and life returning to normal. But Mr Brown’s team knew that their work wasn’t done and that they fully expected as the season’s turned and summer became autumn, that a second wave was likely to hit.

Cases initially started to rise in August – mainly linked to returning holiday makers bringing the virus back with them, before a huge explosion in Exeter in September linked to the university.

“For us, we always knew it was a question of when, not if, there would be a second wave,” he said. “The only way there wouldn’t be if a vaccination was developed over the summer and we knew that was not going to be the case. We always expected in September with the return of schools and universities, people going back to work, we would see a rise in cases. The question we had to think about was how bad it would be, who would it affect the most, and are we prepared from a health and care perspective. We always knew it would happen as it absolutely played out as expected, with cases initially in the younger population, the 0-19 and 20-39, the younger age groups we saw the sharpest peak in cases, which was to be expected.

“We then saw that develop into the older adults, 40-59, again to be expected. With children and young people getting it, one of the best places for transmission, primary places for transmissions is households, and families, so if pupils get it, then mum and dad may get it, so see some household transmission. And then the rise, a month later, in the 60+ and 80+, so the profile and pattern of the disease was to be expected, but we didn’t know what quick and steep the peak was going to be.

At one stage, more than half of the total cases in Devon were linked to the university, but wider community spread and outbreaks taking off across the county never happened, and the swift, decisive and perhaps harsh measures taken to ban students from mixing indoors with others meant that when the term ended, only two students tested positive for covid-19 before returning home as part of the travel window.

“We always expected something as you don’t bring 20,000 people together and not have some cases, but I’d be lying if I said we expected it to escalate quite as quickly as it did but the work we put in place, the work the university did, liaising with others, allowed us when I got the phone call about three or four cases to have a meeting about it, and we had daily meetings with partners to get on top of it."

Mr Brown continued: “Much of our energy every day is looking at all the confirmed cases, identify where they live, how old are they, what’s their occupation, is it high risk, are they in hospital, how many people have died, so the data comes together which allows us to get a really clear picture of the transmission in Devon, where is it happening, and important to allow us to track the virus.

“We have to ask ourselves all the time ‘where did this person pick it up from?’ We look at information around their age, where they live, are they at home, in care home, a hospital?

“So it’s really important that regardless if you have symptoms, you do the social distancing, wash hands, and when we do finds outbreaks, we will have an outbreak control team meeting and we will discuss cases and Identify how the individuals became positive, give advice and support to the settings, and agree a number of actions to help bring down infections in that setting, which is standard operating procedure.”

But despite the most recent doom and gloom with cases, hospitalisations and deaths rising across the county, there are some clear shoots of optimism around vaccines, which have begun to be rolled out across Devon, he said. “The virus hasn’t gone away and we do know indoors there is a risk, not just of going into a lockdown again, but people will be infected, become ill, end up in hospital, and there will be people who die as a result of it. So message is don’t let guard down when there is a light at the end of the tunnel.

“Each one of the vaccines comes with challenges and storage that we are working through and the undertaking cannot be underestimated as it’s vaccinating the population twice, as its two doses, and will take months to get through the process for everyone. A significant undertaking, not to be underestimated.”

Asked when he thought that some of the restrictions could be lifted, and life could begin to return to normal, he said: “There’s a lot of ifs and buts, but hopefully looking for late spring, that assuming vaccinations have been agreed, have been rolled out, people do adhere to the guidance.

“We saw throughout the summer when numbers were low and people were sensibly socialising, and I hope that by the end of spring, we should be in that position. What we do know in the summer is that the virus not as effective as transmitting from person to person, so we have reasons to be optimistic that next summer will be better than the current summer that we have had.

“But now is not the time to take the foot off the pedal. There are green shoots coming but we need to get through the next two of three months over the winter period as we need to all we doing the right things, keeping our social distancing, wearing the face coverings, washing our hands, and everyone has a role to play to protect the most vulnerable over this most challenging period.”