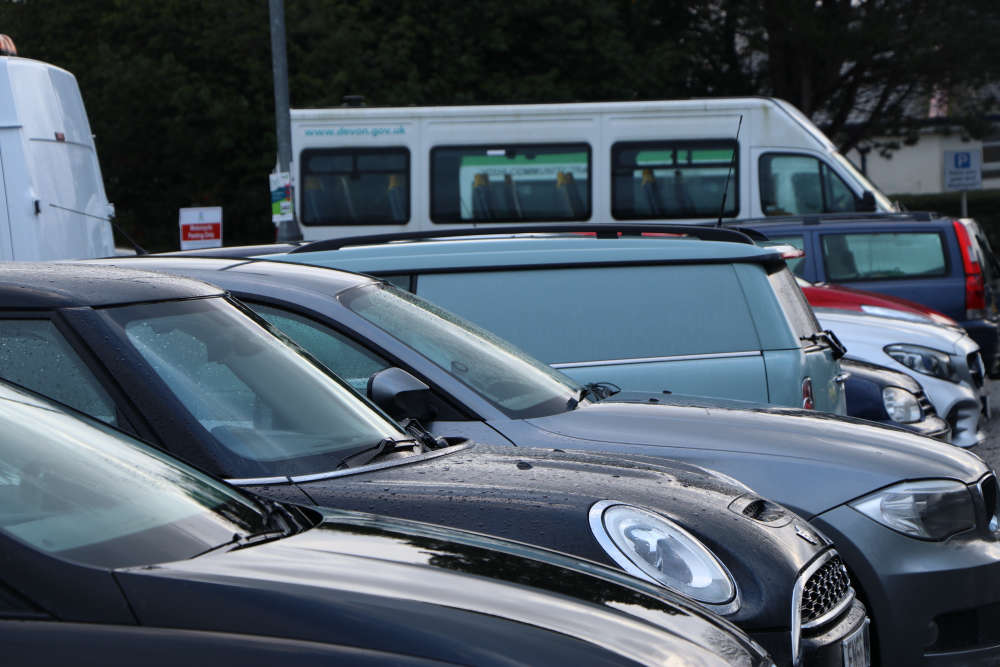 Council will earn £1 million from rise

Leading East Devon politicians have been battling it out over proposals to double parking fees in parts of the district with Tory MP Simon Jupp accused of trying to be an opportunistic “populist” for criticising the plans.

East Devon District Council (EDDC) will soon vote on proposals to increase car parking charges for all 21 seaside car parks to increase revenue for council services. Any changes will come in at the start of the financial year, which begins in April.

Councillors will also be asked to consider a 50 per cent price hike in five other prime location car parks, taking their fees to £1.50 an hour. Those in favour say inflation and the introduction of VAT on parking have eaten into income they generate.

EDDC’s cabinet, which put forward the proposals, said that the £1.1 million it expects to raise from the price increase is necessary to balance the council’s budget and provide urgently needed funding elsewhere.

The raise, the council’s first for almost 12 years, has drawn Mr Jupp’s ire. He says the fees risk drawing business away from high streets.

In a recent article, Mr Jupp wrote: “These new increases will make East Devon’s town and high streets some of the most expensive to park in coastal Devon, Dorset and Cornwall.

“I am really concerned by the impact on local shops, jobs, and tourism. So are my Conservative colleagues on the council.

“I have heard from businesses who fear shoppers will drive to out-of-town supermarkets or shop online even more, with visitors choosing to go elsewhere.”

Mr Jupp also tweeted: “We need to encourage people back into our towns and high streets, not drive them away.”

“At the key overview committee which passed the car park recommendations up to cabinet, all but one of the Conservative councillors backed the necessary increases.

“They, and all overview members, are to be applauded for their mature good judgement.

“It is sad to see Mr Jupp disrespecting his fellow Conservatives in this opportunistic way. The sooner young MPs such as him release themselves from the populist grip of Mr Johnson, the better for the integrity of both local and national affairs.”

EDDC says parking charges have been benchmarked with other providers around Devon and Dorset with a maximum tariff of £8 per day agreed by cross-party group of councillors on the overview and scrutiny committee.

For local residents, a monthly payment option of £10 per month will be introduced for parking permits. The £2 winter parking offer will continue between October and March each year.

The proposals have alarmed some members of the public. A petition by Sidmouth Chamber of Commerce calling for a smaller rise of 20 per cent has received more than 350 signatures.

The change.org petition says EDDC has not expressed “any concern for the impact upon residents who shop in our town centres, or for the beleaguered traders, who have suffered a lot recently and did so much to support their customers during the pandemic.”

The council says it intends to introduce a monthly option for parking permits of £10 per month which works out at £2.31 a week “which we believe is a very competitive option to park in our car parks.”

Speaking at a recent EDDC cabinet meeting councillor Paul Millar (Labour, Democratic Alliance Group, Exmouth Halsdon) said he was originally against the rise but decided it was justified and would take parking prices in prime locations to levels seen in many other parts of Devon.

Cllr Millar said: “We’re faced with a very difficult decision but one I think we have to take. It’s a decision about whether this council wants to be an austerity council or whether it wants to be a council that invests in its services for its residents.

“If Exeter, Teignbridge and Mid Devon are doing that by increasing their charges then why aren’t we?”

The move would allow the council to restructure its revenue budget, putting an extra £737,000 into staffing.

This includes money for its contractor Streetscene, which cleans and maintains public spaces in East Devon including parks, public gardens and council-owned toilets.

The revenue boost also allows the council to put £50,000 into a ‘tree strategy,’ without eating into its climate change budget. A further £159,000 will go into funding the council’s recycling and refuse service.

Additional funds will also go into hiring more staff for ‘development management,’ which is struggling to stay on top of record numbers of planning requests. Under the plans, two new members of staff will be hired at Manor Pavilion, Sidmouth.

The council’s chief executive, Mark Williams, said: “There’s no logic why we should be so behind the curve in terms of the way we approach our charging policy for car parks compared to our neighbours.”

He said that with the increase “the council will be on a much better footing to achieve what it wants to achieve.”

The matter will go before full council for a final decision. If the budget is approved, the increases would come into effect at the start of the next financial year, beginning in April.

If the plans go ahead, all 21 seaside car parks in East Devon will increase to £2 per hour.

The other ‘prime location’ car parks set to see a rise to £1.50 per hour are: