Exeter breaks out in colourful display 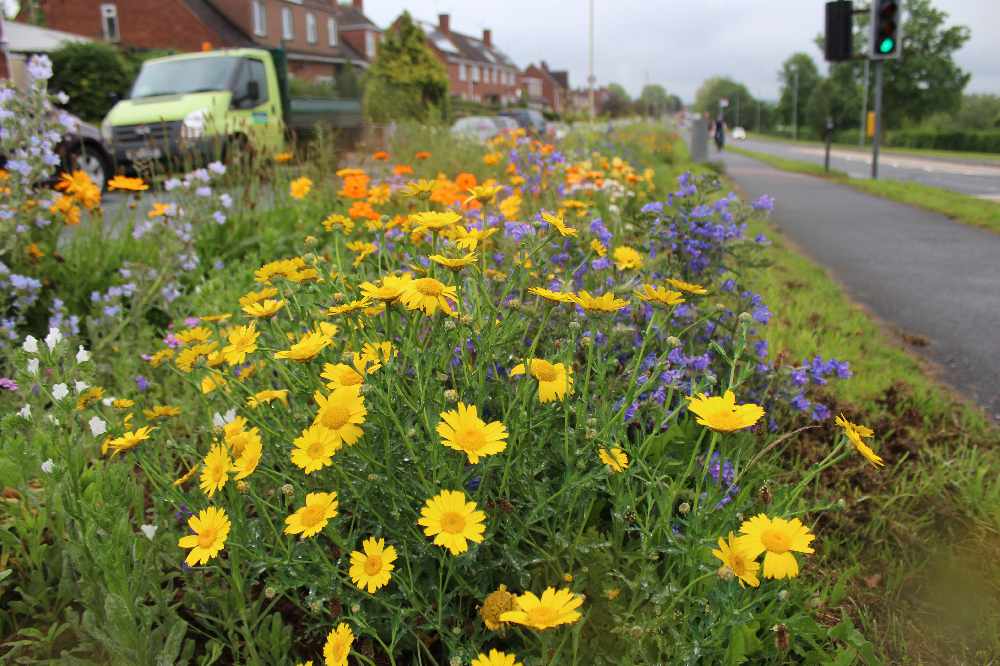 A riot of colour has broken out across the city, with wild flowers coming into bloom as part of the Wild City Project.

The initiative – a collaboration between the City Council and Devon Wildlife Trust – is now in its fourth year and still pleasing locals and visitors alike.

Wild flower seed has been sown alongside roadsides, in parks, on roundabout and in key gateways to the city. Many of the sites now self-generate, meaning they don’t need to be sown every year.

Councillor David Harvey, Lead Councillor for Environment and City Management, said "The Council had chosen 32 sites initially, preparing the ground and planting the seeds. Community groups and schools were involved in the planting.

“The feedback has been fantastic,” he said. “Everyone loves it, they can’t get enough of it and it’s doesn’t just look good, it’s great for the environment.”