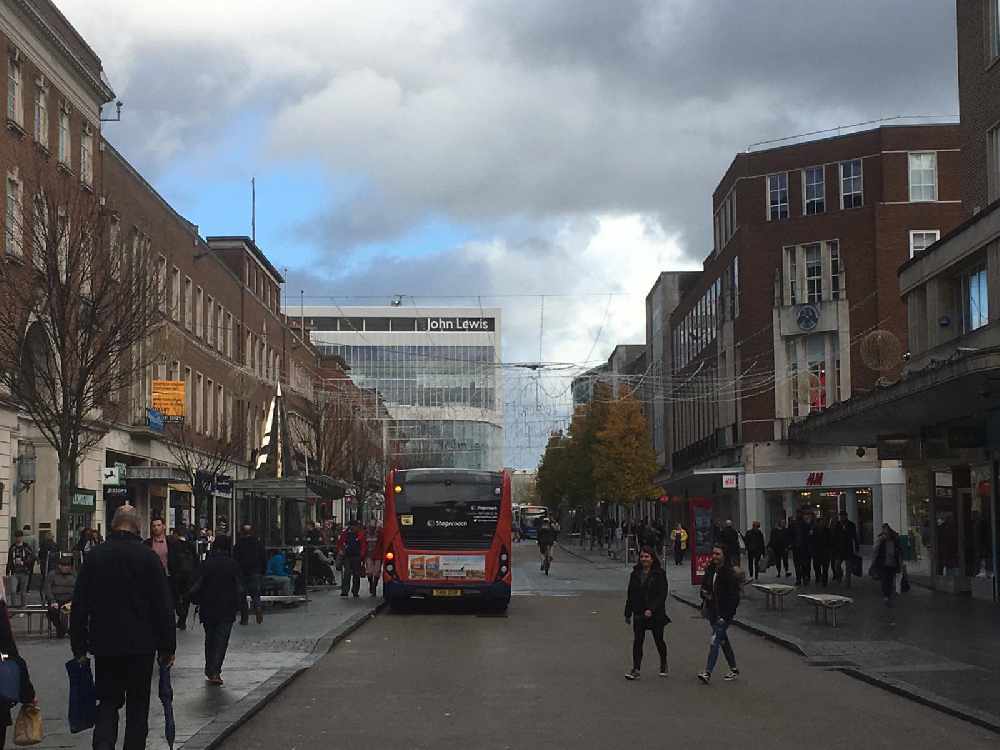 It's the only city in the country where the number of business closures fell last year.

The report, released this week, paints Exeter as an educated city, keen on tackling climate change, but one of the least affordable places in the UK to live.

Cities Outlook 2019 is an annual health check of the 63 largest cities in the UK.

Exeter’s success is in sharp contrast to other locations in the UK, with the city being the only one where closure numbers dropped, with two per cent fewer shops closing that the previous year.

Between 2016 and 2017, the number of business closures increased by 24 per cent nationally, with Nottingham experiencing the highest increases in closures (47.8 per cent), followed by Doncaster (47.0 per cent) and Leeds (43.0 per cent).

Cllr Rachel Sutton, Lead Councillor for Economy and Culture, was encouraged by the report, and said: “This is really positive news for Exeter. Unlike other cities who are struggling, Exeter remains a strong centre for business and a vibrant retail destination. Footfall in the city centre continues to be high and clearly businesses in Exeter are doing alright during tough times.”

Exeter’s air quality has significantly improved and the city is just one of four (Belfast, Middlesbrough and Swansea) where emissions per capita reduced by more than 10 per cent.

The city has the joint seventh lowest emissions per capita of CO2 of 3.6 tonnes per person. Ipswich is the best with a rate of 3.1, while Swansea is the worst, with a rate of 21.6. The UK average is 5.4

Exeter has the third lowest number of people claiming Jobseeker’s Allowance and has the seventh highest employment rate in the UK.

And just 0.9 per cent of residents are claiming Jobseeker’s Allowance, with only Aldershot and Cambridge having a lower claimant count rate. The UK average is 2.3 per cent, with Birmingham having a 4.6 per cent rate.

Exeter is the city in the UK that has the lowest number of people of working age who have no formal qualifications. Just 2.7 per cent of people fall into that category, compared to 16.1 per cent in Belfast. The UK average is 8 per cent.

And more than half of Exeter’s working age population have qualifications that are equal to NVQ4 & above – a BTEC Professional award, certificate and diploma level and above. Only Oxford, Cambridge, Edinburgh and Aberdeen have a highest percentage than Exeter’s 51.3 per cent, with the UK average being 38.4 per cent, and Mansfield having the lowest at just 17.8 per cent.

And Exeter is also one of the least affordable places in the UK to live. With the average house price now worth £283,200 and average wages just £24,200, the affordability ratio of the city is 11.7 per cent. Only in Oxford, London, Cambridge, Brighton and Bournemouth is it less affordable to live.

Exeter is the six fastest growing city in the UK, with the population rising by 1.1 per cent last year.

The report highlights how austerity has hit cities hard over recent years with year-on-year cuts in government funding.

Exeter has been hit hard – the second hardest hit city in the South West – with a 17 per cent reduction in funding since 2009/10. This equates to a £383 reduction per person in Exeter in the last ten years.

The report outlines how local authorities have responded by becoming leaner and more efficient.

Cllr Sutton added: “In Exeter we’ve been no different to other cities – we’ve had to adapt to massive cuts in government funding. We are far from out of the woods and having to make some difficult decisions now and for a number of years to come.”

The report can be found here.