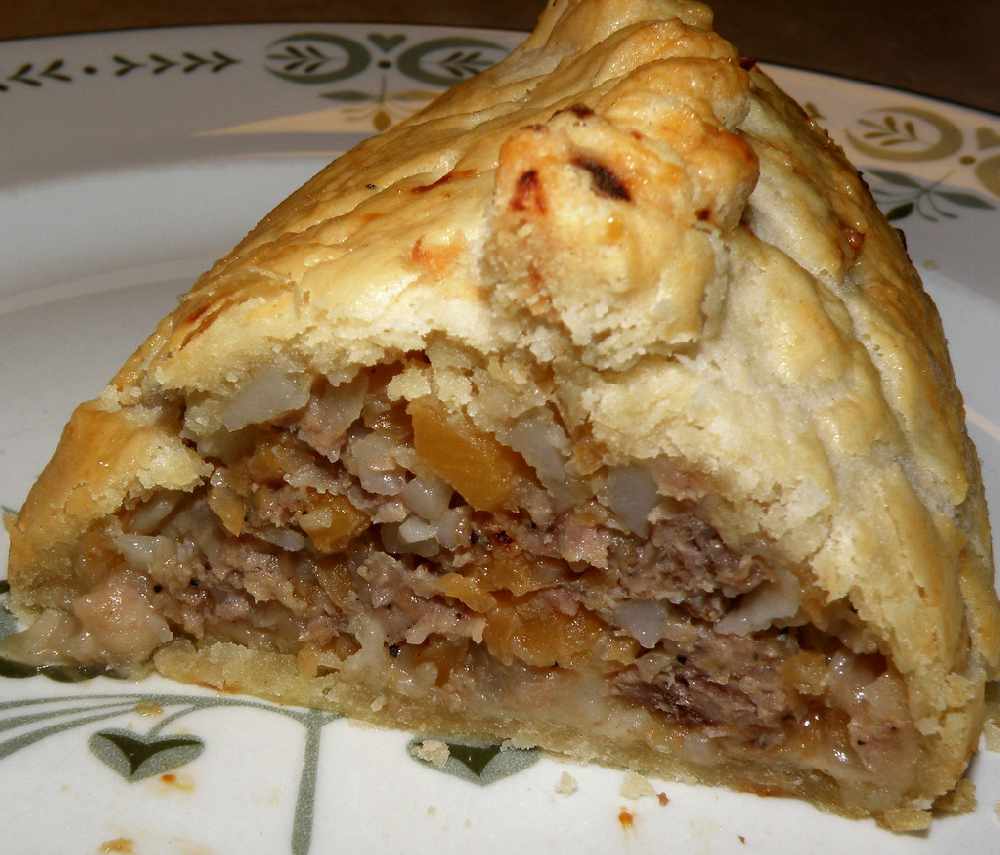 In the week world leaders descend on the south west to enjoy the best hospitality the region has to offer, Exeter University boffins have established the carbon footprint of the world's Cornish pasties.

They've deployed a new tool called CLIP - Carbon and Low Impact Pasty - that measures the carbon footprint of the famous snack (or meal, depending on your point of view and appetite).

They may even having come up with the name as a genuine contribution to the science of Cornish pasties, rather than as a PR wheeze. It's a top university after all, receiving millions of pounds in public funding for its research. And climate change is a critical topic. The university is making the tool available to pasty manufacturers so they can improve their sustainability credentials.

Every year, 120 million Cornish pasties are consumed. Exeter's researchers claim each one produces around 1.5 to 2kg of carbon – though their carbon footprint can be halved if the traditional beef filling is replaced with a vegan or vegetarian alternative.

CLIP measures the carbon emissions of the ingredients that make up a Cornish pasty as well as factoring in transportation, freezing and the energy and water used to make it.

Whether the pasty had beef inside contributed most to its carbon footprint, and where the beef came from was also important, with Brazilian beef 10 per cent more carbon intensive than European beef due to factors including the potential for deforestation.

Freezing was also a significant factor, with a pasty frozen for six months having a 20 per cent higher carbon footprint than one frozen for only a week.

In this way the tool is able to examine the environmental impact of different business models, as smaller pasty producers tend to tailor their production to seasonal demand, while bigger firms often over-produce pasties and freeze those they don’t need.

Transporting a pasty by lorry to another town or city also increases its carbon footprint – but not significantly.

The researchers compared the carbon footprint of pasties transported locally (25km) to those that have transported 500km across the country and beyond to Europe (2,000km).

They found that travelling 500km increased the carbon footprint of a pasty by only 1 per cent, and the long haul journey of 2,000km saw carbon emissions rise just 5-6 per cent.

Dr Yan said: “I’m in Cornwall and I love pasties, but the reason I want to look at this is not so much for the pasties but because I think they are an iconic, traditional type of processed food that has the potential to raise people’s awareness of embedded carbon in food products.

“Usually what people see in the news is about the carbon in raw ingredients really but there’s very little out there for processed food like a pasty or even a pizza or other types of ready-made foods.

“It’s quite difficult to get a number because you need to know exactly what’s in there and how it’s produced and how they’re transported and stored. That’s why we want to look at such a product to help people to understand the complexity of the processed food we’re dealing with today.”

The tool will be made available free of charge to Cornwall’s pasty makers, and the research team has already received positive feedback from those manufacturers that have already used it.

The carbon footprint of a pasty was found to be relatively low compared with other foods – a roast dinner can produce up to 3.2kg of carbon, and a lasagne is 5kg.

Cornish pasties contribute £300 million each year to Cornwall and have iconic status, so the research team wanted pasty makers to be able to gain an accurate picture of the true environmental impact of the regional delicacy.

It was developed as one aspect of a wider research programme that looks at the social, ecological and economic dimensions of food products and of reimagines how food systems work within regional settings.

Professor Steffen Boehm, Professor in Organisation and Sustainability at the University of Exeter Business School, who is leading the programme, said: “By using the CLIP tool Cornish pasty manufacturers will have the ability to select the best food from an environmental perspective by providing clear information on the true environmental impacts incurred at every stage, including production, manufacture, processing, transport, storage and disposal.”