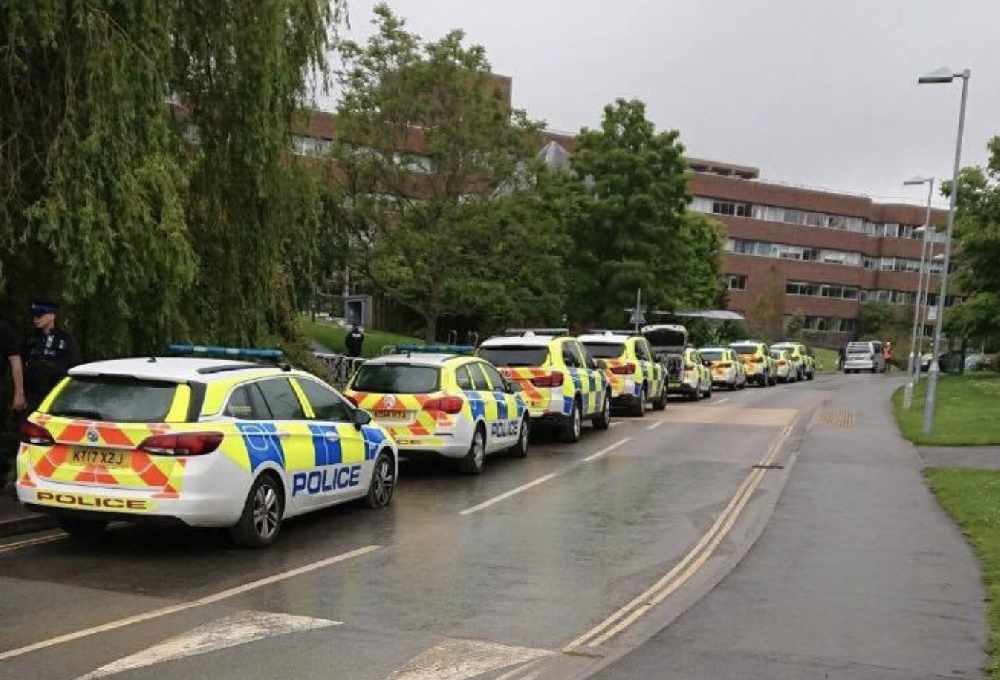 A University building at the Streatham Campus was put in lockdown this morning (Wednesday 19th June).

Police were called just before 11.30am to reports of a male with a gun in the Amory Building at the University of Exeter.

Two firearms officers and a police dog rapidly entered the building, but as they did so, a male came out of the room, identified himself, and was arrested without incident.

Officers have since found a bag with a metal handgun which appears to be a replica or fake, and was not loaded.

Superintendent Matt Lawler, policing commander for Exeter, East and Mid Devon, said:  “We are not looking for anybody else in relation to this incident and no-one in the area of the university or wider community should be concerned for their ongoing safety.

“Whilst for obvious reasons we sent a number of officers to the scene, we have now withdrawn armed officers, and local staff will be making enquiries during the course of the day including searches and taking statements from witnesses.

“We are very grateful to the staff and students at Exeter University for their cooperation and calm response”.

A 25-year-old man from Exeter has been arrested on suspicion of possession of a firearm. He has been taken into custody at Heavitree Road, Exeter, and will be interviewed later today.

In a statement the University said: "The police were immediately called and the incident was dealt with swiftly and effectively. No-one was injured and one individual is currently in custody. As a precaution, one building was closed for a short period of time, this building has now been reopened and the campus has returned to normal. The safety of everyone on campus is our overriding priority and the University has strict protocols in place for incidents of this nature. We would like to reassure those on campus that the incident is now over.”