Farmer sentenced to more than 4 years after death of volunteer 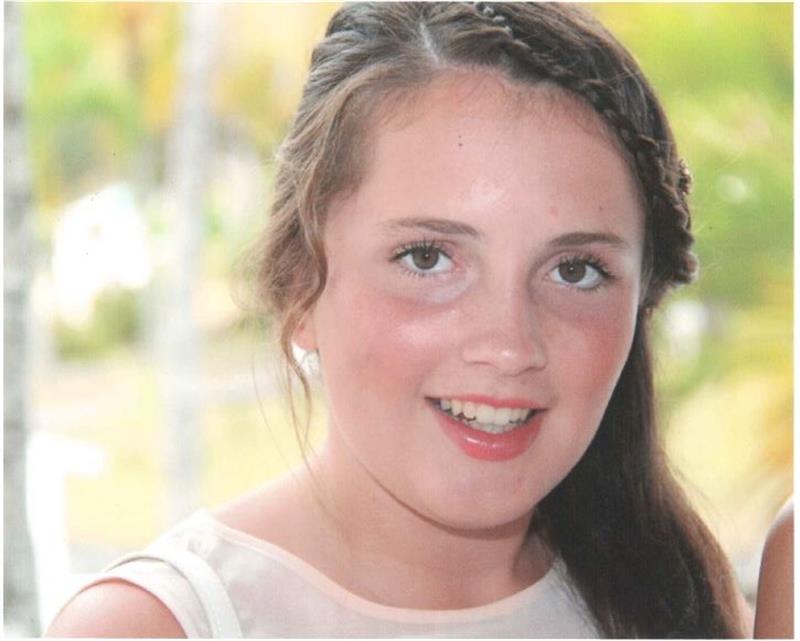 Lauren Scott was helping on the farm when she died

The 20 year old died after "a catastrophic entanglement" with a PTO shaft which was powering an old milling machine. She died instantly on the 4th of March 2017.

PTOs are used to power farm machinery - from the back of a tractor. There is no possibility of someone pulling away if they come into contact, because of the speed of the rotation. It is therefore a fundamental rule of farm safety that PTOs are fitted with adequate covers. In this case the PTO cover was poorly maintained and did not fully fit; parts of the shaft were exposed and the cover was broken.

Police along with the Health and Safety Executive carried out a joint investigation. An HSE inspector issued Prohibition Notices on 11 pieces of equipment at the farm, meaning that they must not be used until they had been improved to an acceptable safety standard.

Neil Carpenter was found guilty following the trial at Exeter Crown Court on the 5th of November; Carpenter had also pleaded guilty to two other offences under the Health and Safety Act. He was sentenced to four and a half years for gross negligence manslaughter and 10 months for further health and safety offences. These sentences will run concurrently.

“Neil Carpenter ran his farm with a complete disrespect for safety and which ultimately cost the life of Lauren Scott. His basic approach to health and safety showed a flagrant disregard for regulations that are there to protect individuals working at farms from injury and death.

“During the investigation and trial he has distanced himself from any responsibility for Laurens death and from the outset gave information that was inconsistent and eventually proved to be lies. His defence was that he had not been near the mill that day and that Lauren used it without his knowledge. The Police suspected that he had been using the mill and had asked Lauren to help him.  My team carried out a detailed and thorough investigation with the key evidence being a video found on Lauren’s phone.

“The video was taken by Lauren whilst she was feeding pigs on the farm less than 30 minutes before the tragedy occurred. This video was examined by image and sound experts. By unbelievable chance about 2 seconds of Laurens video caught the tractor in the distant background.

“The expert work concluded that not only was there someone in that tractor but also sound of the engine starting up. With only Lauren and Carpenter at the farm the only logical explanation with Lauren making the video was that this person had to be Carpenter and that he had lied about using the mill.

“Though he accepted it could be him he never gave an explanation stating to prosecuting barrister Mr David Sapiecha he could not remember. In the end the jury have accepted that Mr Carpenter was grossly negligent for Laurens death.

The family of Lauren made the following statement at Exeter Crown court following sentencing:

“While no verdict will ever bring our sister back, we have placed our trust in the criminal justice system, and today over one year and eight months since Lauren’s passing, we are finally able to grieve, safe in the knowledge that her death wasn’t through fault of her own, but due to a careless disregard for the simplest of health and safety measures.

“As was highlighted on numerous occasions throughout the trial, the presence of a £75 PTO cover would have ensured Lauren to still be with us today.

“Let this ruling be a message to every person working within the agriculture industry. Your health and safety in the workplace matters, and you shouldn’t expect anything less than the highest regard for your welfare while at work.

“We would also like to extend our thanks to those working for and with us, from both Devon & Cornwall police and the Crown prosecution legal team, whom without their diligent service and commitment to seeking justice for Lauren, today’s verdict would not have been possible.

“At only 20 years of age our sister has been taken from us far too soon, but our grief aside, today our thoughts are with Lauren herself. Lauren has been deprived of a long and prosperous life, deprived of raising a family of her own, and to experience all that life would have offered her.

“Lauren, although we won’t be able to share the future together with our growing family in physical form, your spirit, and memory is with us every day, and will be forever more - Rest in peace.”

“Lauren was a volunteer at the farm. She wasn’t paid, but took pleasure from the animals and enjoyed helping out. Neil Carpenter had a duty of care to ensure that the environment and equipment to which she had access was safe. His failings in this respect were serious enough that they amounted to a crime.

“The Prosecution argued that Mr Carpenter was not telling the truth about how often the mill was used, its working order and the series of events on the day.”

“At the centre of this trial was the grossly inadequate guarding of a Power Take Off (PTO) shaft'. It is now over 60 years since the law was introduced requiring guarding on PTOs. The guarding standards on a PTO are easily understood and haven’t changed in all of those 60 years.

“It is inconceivable that a farmer such as Neil Carpenter would not know what those standards were and what the horrific consequences would have been if anyone became entangled on a PTO on his farm.

“The guarding on this PTO was utterly appalling. Had it been properly guarded then Lauren Scott would not have been able to become entangled; such a guard would have cost as little as £75.

“The general safety standards seen on Neil Carpenter’s farm as part of this investigation show that he had a negligent attitude towards safety on his farm, an attitude that has ultimately led to the death of Lauren Scott.”