A man and a woman have been jailed for making vulnerable boys transport heroin and crack cocaine into Devon and Cornwall in their bodies  It's the first county lines-linked human trafficking case to lead to a conviction in the region.

Miss Itman Ismail, 28, from Stratford, and Mr Omorie Nixon, 20, from Ilford, pleaded guilty to three counts of human trafficking, involving four youths, between December 2019 and March 2020. Nixon was also convicted of conspiracy to supply Class A drugs – heroin and crack cocaine – and possession of an illicit mobile phone in prison, and was sentenced to seven years and 10 months in prison. Ismail will go to prison for four years.

Ismail and Nixon were convicted at Exeter Crown Court on 2 December following an 11-month investigation by officers from the Devon & Cornwall Police Torquay criminaliInvestigation department.

The defendants’ conspiracy to supply Class A drugs into Devon and Cornwall from London lasted four months during which this the couple– who were in a relationship – made numerous trips to the south west. They brought vulnerable teenagers to carry heroin and cocaine inside their bodies.

The defendants were found guilty of using the boys – two 15-year-olds and two 16-year-olds, at the time – to hold and sell the drugs at various locations in Devon and Cornwall including Torquay, Plymouth and Penzance.

Ismail was employed as a deputy manager with a care group in London which supported vulnerable young adults between 2017 and early 2020. She like working with boys and was assigned as a key worker to Nixon in December 2018.

The couple first came to the attention of Devon and Cornwall Police officers January 2020 when officers conducted a stop-check on a vehicle they deemed suspicious. It was carrying the defendants and two young men on the A38 near Plymouth close to midnight.

One of the passengers was identified as a vulnerable young missing person and was detained. Footage captured by an officer’s body won camera - which you can see here - reveals Ismail falsely claiming that the 15-year-old in the car was “not a child”.

The following day officers discovered another 15-year-old boy, registered as a missing person, as well as heroin, cash and a machete, at an address in Torquay. Detectives subsequently proved the boy had been transported to the address by Ismail and Nixon, and it was a suspected cuckooed location – an address used by county lines drug dealers to deal drugs.

Later in the investigation detectives located a further address in Torquay which they also believed to be cuckooed, where drugs and cash was seized. The next day, police stopped the same car in Torquay, discovering the defendants with a 15-year-old and 16-year-old boy in the back. They were all arrested, and the drugs were discovered inside the two teenagers.

The defendants were bailed and the investigation continued. Examination of the defendants’ phones revealed searches for “drug towns” and “Torquay drug problem”.

Detectives discovered Ismail and Nixon’s repeated use of at least seven different hire cars costing around £3,400 for journeys between the Capital and the Westcountry, with Ismail clocking-up almost 11,000 miles in four months between December and March. The internal dash camera inside one of the cars was found to have been covered over with a sticker to conceal the activity of the occupants.

Their trips to the westcountry involved prolonged stays at Airbnbs in Plymouth and Plympton, totalling around £3,000 in four months. Their complex, jigsaw investigation led to detectives also tracing mobile phones used by the defendants and the young men to the journeys made.

In March, Ismail and Nixon were arrested in a hire car in Sidcup, London, after detectives had secured evidence of the pair’s involvement in county lines drug trafficking. They were remanded in custody.

The investigation team was assisted by officers from Operation Orochi, a Specialist Crime Group in the Metropolitan Police, set up to disrupt and dismantle County Lines running out of London. Met officers assisted Devon and Cornwall Police detectives with London based enquiries and arrested Nixon at his home address in Ilford, where they discovered more suspected Class A drugs and items linking the pair to vulnerable young men.

Examination of Ismail’s bank accounts revealed that in little over two months, between January and March 2020, more than £7,000 entered her accounts through third party transfers and cash deposits and Nixon received more than £6,000. Further examination of mobile devices belonging to Ismail revealed email evidence suggesting she was applying for care home management positions in Devon and Cornwall while on trips trafficking the youth victims to the counties.

While the defendants were remanded, the investigation involved seizing a ‘micro phone’ from Nixon which was located in his cell, which he had used to contact at least two of the child victims. The victims in this case are being safeguarded and receiving on-going support.

Officer in the Case, Detective Constable Ben Paul, who is also a modern slavery/human trafficking specialist investigator, said: “This was an extremely complex investigation and required us piecing together a mosaic of evidence which would prove that Nixon and Ismail were linked to a number of different youth victims and isolated incidents.

“Early on we recognised the warning signs indicating that the young people involved may be the victims of human trafficking. Evidence showed that Nixon and Ismail arranged and facilitated the travel and accommodation of each vulnerable youth victim, and these youths were being exploited by being used to carry and deal Class A drugs. This jigsaw of evidence was pulled together through the collaborative working of a number of different specialist and expert teams within the police.

“The supply of Class A drugs on the streets of Devon and Cornwall has a massively detrimental effect on the community and those vulnerable individuals who live here. Human trafficking and the use of vulnerable youths as commodities to assist with the dealing of these drugs is an extremely serious crime. As has been demonstrated through the evidence obtained during this investigation, this type of criminal activity and exploitation puts the lives of vulnerable youths being used, at serious risk. 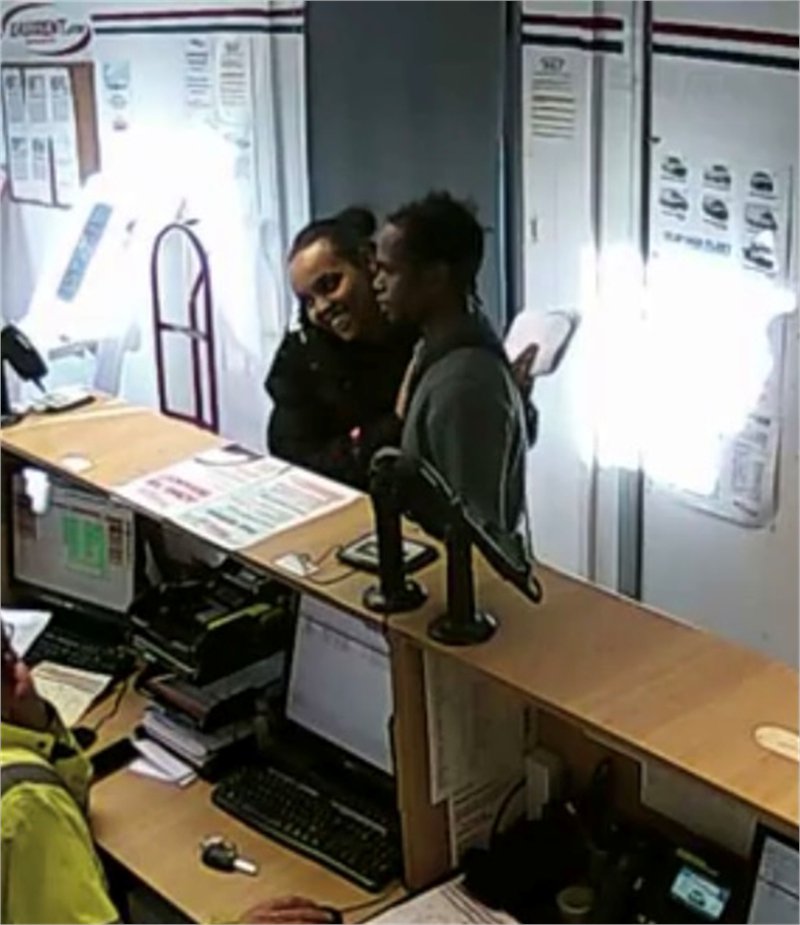 “I hope that these convictions will send a message to organised crime groups and individuals who are considering travelling to Devon and Cornwall to commit these types of crimes that it will not be tolerated and robust action will be taken by the police. Legislation such as the Modern Slavery Act will be utilised to convict those responsible where the evidence supports those charges.

“This case is even more shocking due to the fact Ismail, who has pleaded guilty to human trafficking, held such a position of trust and was specifically trained and responsible for protecting and safeguarding young people.

“It is vital that the police and partner agencies are aware of this type of crime and the early signs and do as much as we can to recognise them and safeguard those vulnerable members of society and young people who may be at risk of being exploited.”

“The exploitation and trafficking of children and young people for drug related purposes and other criminal enterprises can often fall under the auspices of modern slavery. This sounds shocking to all of us in the UK and can occur to children born here as well as those trafficked into the UK and exploited here.

“The support from the Home Office in funding the NPCC Modern Slavery and Organised Immigration Crime team based in Devon and Cornwall, and Operation Orochi, is invaluable in not only progressing UK proactive operations but also the associated intelligence sharing and improvements in investigations.

“While the term ‘County Lines’ has fallen into everyday use, it is important that we do not use this term to airbrush out the abhorrence of criminal exploitation of children and young people, which is often what that term means.The work of colleagues within this investigation is particularly commendable and will play a significant part in enabling these young people to begin to rebuild their lives whilst their abusers serve their sentences.”

If you have been affected by the above article, you can access information on drug and alcohol support on the following link: www.dc.police.uk/drugs-alcohol-support

You can also visit the Frank website to find local drug treatment services.