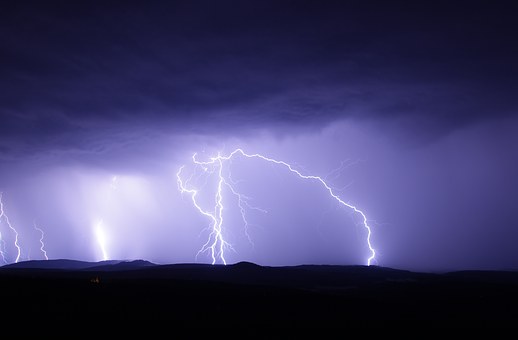 Fire is now under control and response has been scaled back.

Fire crews from across Mid and North Devon have spent the night battling a blaze at a thatched property in Meeth near Hatherleigh.

They were called to the property at 2058 last night (Monday 10th June) after members of the public reported seeing the fire from across the fields.

2 fire appliances from Hatherleigh and Torrington, together with a water carrier from Barnstaple, were initially mobilised to a reports of a barn fire at the above location, however, on further inspection it soon became apparent that this was in fact a large property fire, with a thatched roof, that was well alight.

The fire quickly spread to adjoining buildings with the first floor and the roof well alight by midnight. Crews described it as a "protracted incident".

By 0600 this morning (Tuesday 11th June) crews said the fire was under control and the incident has been scaled back to 3 pumping appliances.

The cause of the fire has been confirmed as a lightening strike to the recently re-thatched roof. All persons were accounted for earlier in the incident, with no casualties.