Living next to drug dealers 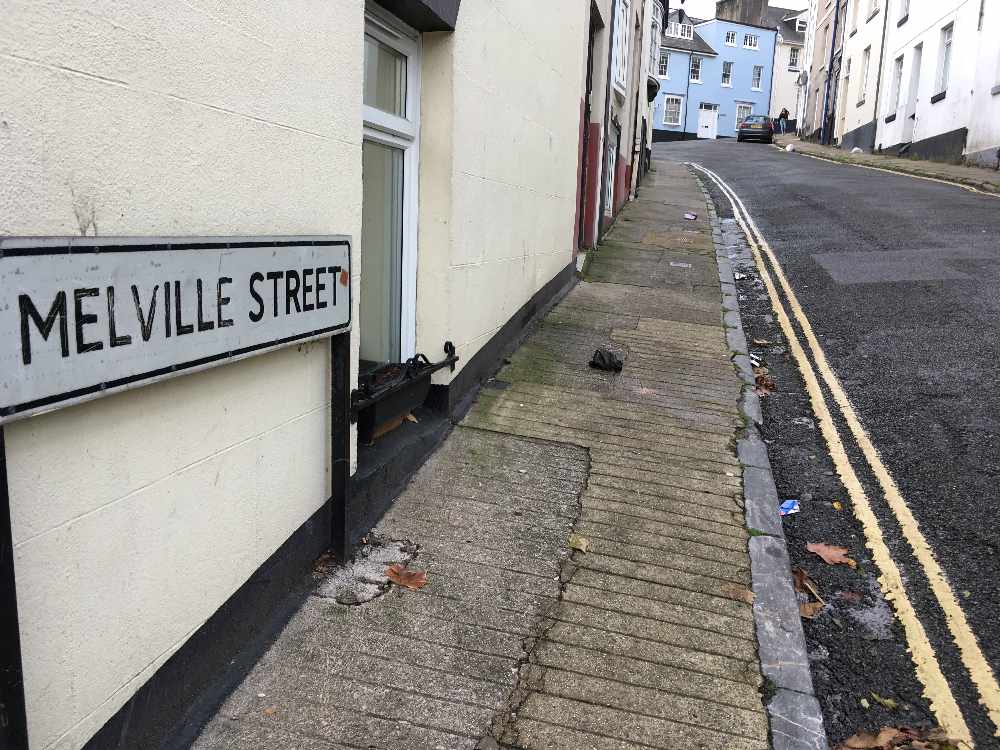 The residents of streets near Torquay town centre have told how up to 100 customers a day turn up between midday and 4pm to six properties used to sell drugs.

One told how a young girl was shouted at through a window by a man asking her to throw him a spoon so he could prepare a heroin fix.

Another told how he witnessed  a gang of eight men attack a teenager in the street.

The residents of Melville Street and the surrounding roads feel the problems of drug dealing and anti-social behaviour are being given a low priority.

But police say they are working with Torbay Council, the probation service and other partners to target suspects, control behaviour of known offenders and provide help so people can move away from crime.

The families say part of the problem is due to bad landlords, and they want more action from the council.

They claim some landlords are ignoring drug-dealing as long as long they get their rent on time, and vulnerable people are being exploited in poor housing. One said he knew of a woman in her 60s had been left for months without hot water.

The ongoing problems have been highlighted in the Melville Hill area of Torquay, a series of terraced streets overlooking the town centre.

Devon and Cornwall Police Torquay sector Inspector Ian Stevens said warrants had been obtained under the Misuse of Drugs Act as part of Operation Commonwealth, leading to arrests and suspected drugs being seized.

Inspector Stevens said: “The prosecution of these offences leading to convictions at court do take time,  due to the resulting enquiries which is a frustration to us as it will be to residents who live in the area.”

People living in the area say they are frustrated when people are arrested then appear back in the same property the next day. They say much of the problem is caused by spice, the cheap, powerful and readily-available synthetic cannabis-like drug which leaves users in a zombie-like state.

Residents say up to six properties in the area are being used for drug-dealing in the area at any one time, in some cases with dealers taking over the homes of vulnerable people and forcing them to co-operate, known as “cuckoo-ing”.

Melville Street and Warren Road are now covered by Torbay’s first community CCTV system. Residents say that the situation has improved in the areas covered, but the cameras have pushed the problems indoors and on to surrounding streets, including Abbey Road.

Meanwhile nearby Rock Road featured in the ten streets with the most reported crime in the 12 months to August.

Inspector Stevens said police had been working with the council’s anti-social behaviour team, including street wardens and CCTV operators, to share information and target individuals and addresses. That had led to Criminal Behaviour Orders being approved by the courts to address the behaviour of “key individuals”.

The police were also working with the Probation Service who manage offenders after conviction, and the council’s housing service to assess properties that had come to the attention of police and take action against landlords if necessary.

Inspector Stevens added: “I do understand the frustrations of many residents when things are reported, we react and then it appears that nothing changes.

“Many of the individuals that we deal with have complex lifestyle issues that cannot simply be addressed by one agency as they are often entrenched.

“The Criminal Justice service does have an important part to play, to make people accountable for their actions and behaviour, but it is also there to rehabilitate and re-educate so we get a longer term resolution.”

He also pointed out the police worked with partners and people could be referred to health and drug services to tackle personal issues, and the integrated offender management team would work with some people to get them into homes and jobs.

Inspector Stevens said: “Good outcomes for us are sometimes not always in regards to the sentences or penalties at court, but the orders to work with other agencies to try and address the individuals longer term issues.”

One resident said: “Melville Street used to be one of the worst streets in Torbay for drug dealing and anti-social behaviour, but because of the cameras, it is better than it was.

“But one effect of the cameras has been to push the problem out into the city centre, in places like Abbey Road, which has had it really, really bad. Things have changed.

“The local community have done an awful lot to start solving some of the problems. But unfortunately we can’t solve the problems in the whole town. Vulnerable people are being abused in Dickensian conditions.”

Another resident said: “Some drug dealers are operating out of rented properties and the landlords don’t care, as long as they pay their rent on time.”

Local councillor Robert Excell, Torbay’s executive lead for community services, said one strategy to tackle problems was to increase CCTV coverage of communities. He said he personally supported the council taking on more powers by extending licensing of houses in multiple occupation beyond the current legal requirement, but that had not been taken forward in the past.

At a meeting next month, the council will consider whether to go ahead with an extended or selective licensing scheme for the private rented sector. That could require all privately rented properties to be licensed in an area where there is a significant problem, for example of anti-social behaviour, and landlords are failing to take action.

Cllr Excell said: “What I would like to see, is that if you are running a business as a landlord, you should be doing it professionally, and that means paying for a licence.

“Conditions in some of the places that are being rented out are absolutely terrible.”

People in the area say they feel that the police are dealing with their calls as low priority, because they come from an area recognised as having a crime problem. Some say they feel cuts have led to a fall in communication with local police.

One said: “Crimes that involve injury to a person, or damage to a property, should be the highest priority.

“We want the police to stop what is happening on our streets, and to protect people.”

Another said: “As a community, we have been left to sort out our own problems.”