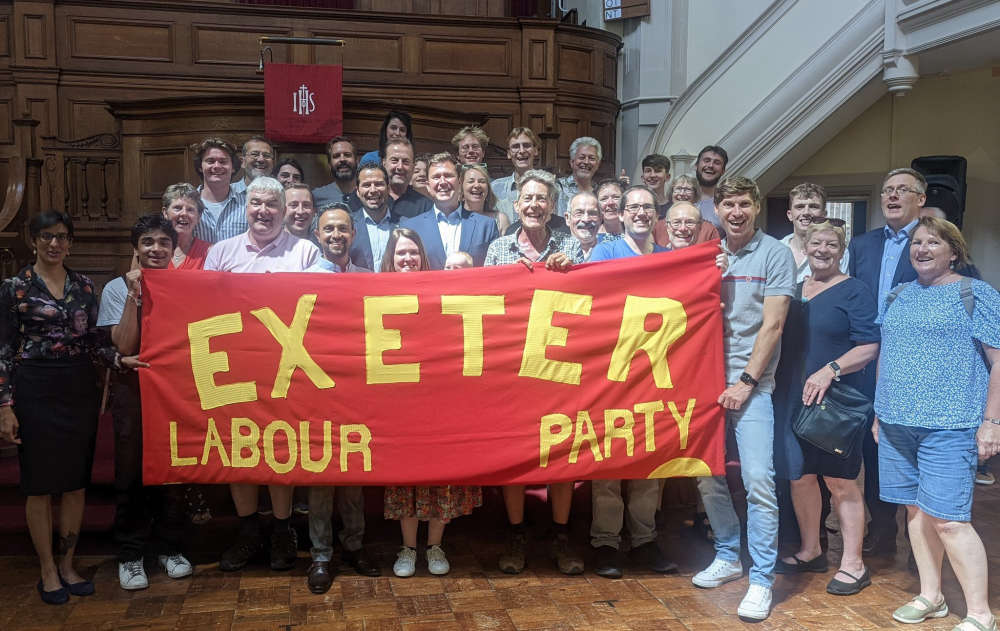 A former assistant to outgoing Exeter MP Ben Bradshaw will be Labour’s next parliamentary candidate in the city.

Steve Race, who is a currently a councillor in Hackney, a London borough, defeated three other shortlisted candidates in a vote of Exeter Labour Party members on Saturday [16 July].

Mr Bradshaw, the city’s representative since 1997, announced in February that he will not be seeking re-election when the UK chooses its next government.

He backed Mr Race to be his replacement, saying he would be a “powerful advocate for Exeter.”

None of Exeter City Council’s 25 Labour members made it onto the shortlist.

After being selected, Mr Race – who has a background in public relations and came fourth in East Devon at the 2015 general election – said: “It is a huge honour to be chosen by Exeter Labour Party members to be their candidate at the next election.

“Ben will be a hard act to follow but I will do my utmost to fulfil the trust that has been placed in me. I look forward to working with everyone to keep Exeter Labour and build on our city’s success as well as addressing its challenges”.

Mr Bradshaw has turned the once traditional Conservative seat into a Labour stronghold during his 25 years as MP. Prior to his victory in 1997, Exeter had been Tory-held for 80 of the previous 86 years.

He said of his replacement: “Steve will be a great champion for Exeter and ambassador for Labour.

“He has the experience, judgement and work ethic to be a great MP and make a big contribution to what we hope will be the next Labour government. We had a fantastic field of candidates and commiserations to those that didn’t make it.”