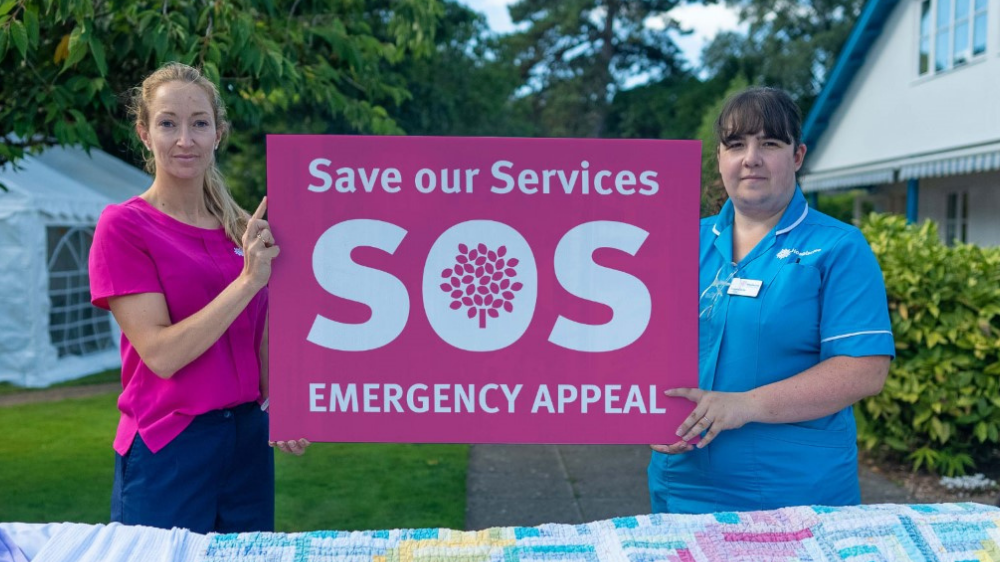 A Tiverton resident is braving a hair-raising challenge in January to raise vital funds for Hospiscare, his local hospice charity.

Roger Matthews, 68, will pull off an incredible fundraising feat by waxing his legs, back and chest to raise money for the hospice’s SOS emergency appeal, which aims to make up for funds lost during the pandemic with an additional £1 million by March 2022.

After hearing about Hospiscare’s SOS Appeal, Roger was determined to help and explains, “I heard about the trouble Hospiscare was in and I knew I had to do something. I have arthritis so I didn’t want to attempt walking or running a challenge and I thought, what can I do that would be difficult and painful enough to raise some money? Body wax is what I came up with!

“I decided to put up £1,000 myself and then ask my friends and family for donations on the basis that they’d love to see me in some pain!”

Roger is planning for the hair-raising feat to take place in the first week of January and hopes to raise over £2,000 to support Hospiscare’s emergency appeal. The charity needs to reach its £1 million targets by the end of March or it will be forced to make drastic cuts to its services, including reducing the number of beds on its specialist ward in Exeter and reducing its weekend services in patients’ homes.

Roger experienced Hospiscare’s services first-hand when his wife, Andrea, was diagnosed with Motor Neurone Disease in 2019. Roger explains, “Towards the end, the hospital doctors weren’t able to do anything more for Andrea and we didn’t want her to be in a noisy hospital environment. An ambulance took us across to Hospiscare’s specialist end-of-life care ward and we were there for two nights. We managed to get the family there and Andrea’s best friend. They had a girls’ night and ordered in pizza and there were beds for some of us to stay with her.

To make a donation to Roger’s fundraiser in memory of Andrea, visit www.justgiving.com/fundraising/roger-matthews-wax.