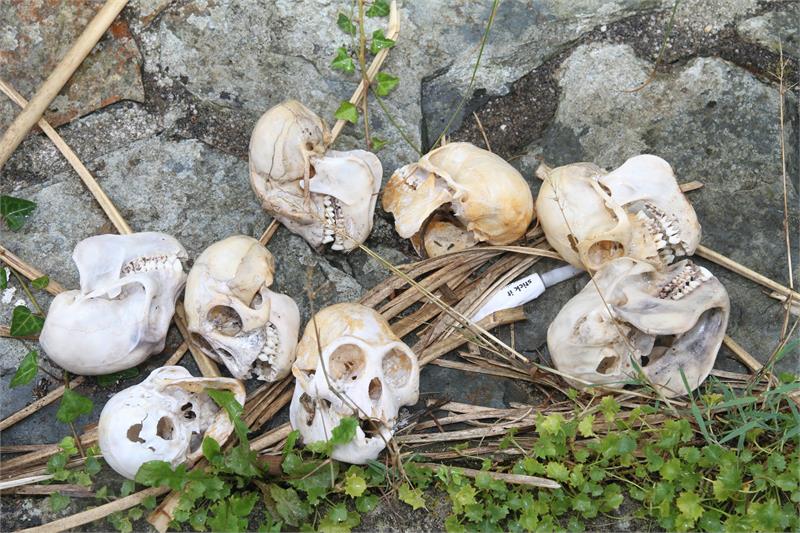 Officers from Devon and Cornwall Police, working alongside the UK National Wildlife Crime Unit, The Home Office and Trading Standards executed "multiple" warrants into the illegal trade in endangered species.

Local officers searched a number of properties in Newton Abbot and Torquay under the Control of Endangered Species Regulation. Officers were supported by colleagues from the National Wildlife Crime Unit, Border Force and Devon, Somerset and Torbay Trading Standards Service,

During the searches around 30 Macaque skulls were located and seized by police.

A 52-year-old man from Newton Abbot was voluntarily interviewed by police in connection with the seizures and was released pending an ongoing multi-agency investigation into the trading of endangered species.

PC Martin Beck, from the Devon and Cornwall Rural Crime Team, said: “D&C police continue to work with partners agencies to detect and investigate wildlife crime. The illegal importation of any endangered species is taken serious and today show that we are capable of illegal tackling the trade wherever it occurs.”

Sharon Anderson, Group Manager Intelligence & Investigations Devon, Somerset and Torbay Trading Standards Service said: “Our partnership work with the Rural Crime Team has a beneficial impact on the criminal investigation work of both our services.

“In addition to helping us tackle illegal trading it also helps us to maintain a level playing field for the majority of excellent local businesses operating entirely legally in the rural economy.”

“This type of joint investigation is essential in helping too target and combat the illegal market for endangered species and this form of trade can have a dramatic effect on the survival of a number of endangered species in the wild. The NWCU are committed to detect and prevent such trade.”

“Border Force’s specialist CITES officers are determined to combat the illegal wildlife trade which causes so much environmental damage.

“We will not hesitate to work closely with police forces and the National Wildlife Crime Unit to bring to justice anyone involved in this type of illegal activity.”

Today we supported Devon & Cornwall Police in executing a number of warrants in to the illegal trade in endangered species. A number of items seized and the investigation continues. https://t.co/RQkZdOc35S