New plans for education campus "not as good" as original 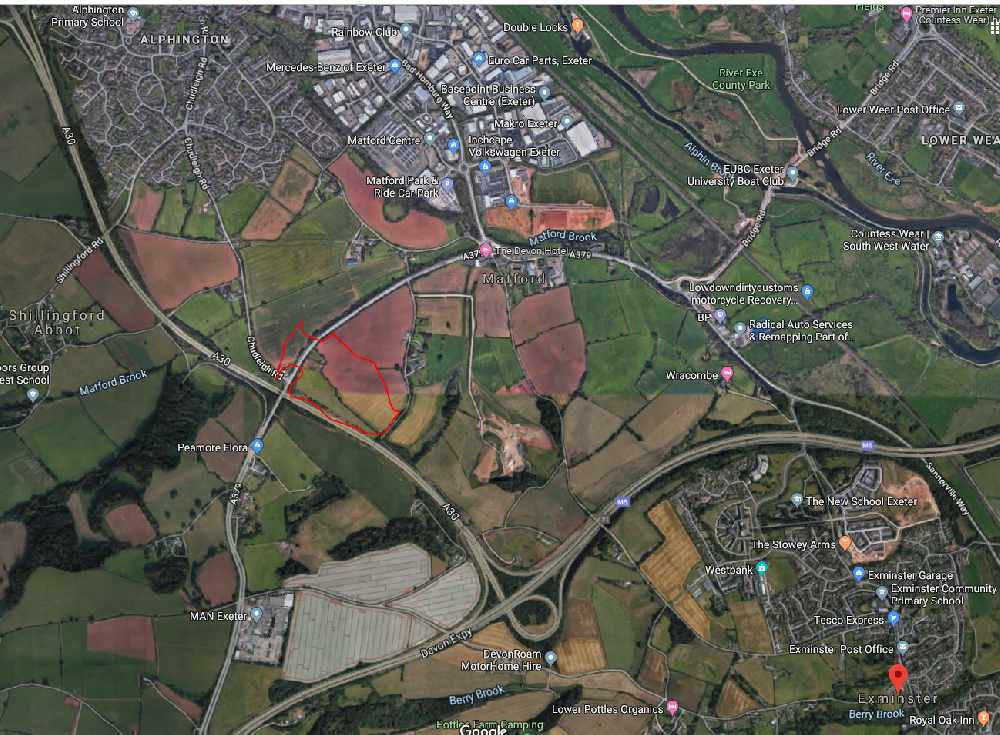 Back in January 2017, a plan for land near the Devon Hotel, spanning 90 hectares of land between Alphington Village and Exminster, was given the go-ahead.

Bovis Homes’ massive plans include almost 1,500 homes, a small GP surgery, a community hub, and land earmarked for a through school for primary and secondary pupils.

Work on the development has now begun, but delivery of the school is tied into the trigger points as part of the housing scheme.

As a result, Devon County Council put forward an alternative scheme that would enable them to speed up the 630 place primary school and 750 place secondary school, as well as provision for a road access and a bridge over the A379.

Their proposal, which the council’s development management committee agreed to, would bring forward the new all-through school quicker and with it not tied into the housing scheme,

Councillors backed the plans, but Cllr Alan Connett, whose Exminster and Haldon ward the site is in, said: “The Devon County Council application is not as good as the Bovis one in terms of the community usage.”

Cllr Connett added: “I welcome the application as its purpose is to expedite the delivery of the school for the South West Exeter development, and of that there is no dispute. But the Devon County Council application is not as good as the Bovis one in terms of the community usage.”

The existing Bovis outline planning permission is accompanied by a Section 106 Agreement that requires provision of an artificial grass pitch on the Education Land, to be available by the public during non-school hours and also requires operation of an online booking system for the AGP, controls over external hire charges, an annual limit on the use of the AGP for school events, and ongoing maintenance of the pitch.

But while the drawings with the revised application includes the indicative location of a shared school and community AGP in the south east corner of the site, there is no reference in the application documents to provision of floodlighting or changing facilities in association with the AGP.

Cllr Connett said that the parish council are concerned about how this application would allow out of hours access for the community and that the proposed location is currently some distance from the school and parking.

He added: “I will vote in favour of it but I need confirmation about the reserved matters, and we need to engage Exminster parish council on this.”

Cllr Yvonne Atkinson, who represents the Alphington ward that neighbours it, added: “I am keen for this to go forward, but I am concerned that we shouldn’t be getting a lesser deal, and this is a poor quality plan with a poor layout.”

The schools would be built on a site between the A30 to the South and the A379 to the north west, on a greenfield site currently in agricultural use and would be accessed either via an access road or a pedestrian bridge going over the A379.

As Devon County Council is the applicant for this planning application, as well as the determining planning authority, a Section 106 Agreement is not an appropriate mechanism for securing community use arrangements.

A report from planners to the meeting said that it is envisaged that the detailed location and design of the AGP would be addressed through the reserved matters submission that would follow an outline permission and that it is considered reasonable to expect that any further outline permission for the education campus should make a similar commitment to community use of the AGP.

It added that a ‘Grampian’ condition requiring submission and approval of a community use agreement prior to the development being brought into use, which would be binding on any party that may implement the permission, could be imposed.

Councillors unanimously approved the outline application, subject to community use arrangements for the Education Campus be agreed by the chief planner following consultation with the local County Councillors and the Exminster Parish Council.