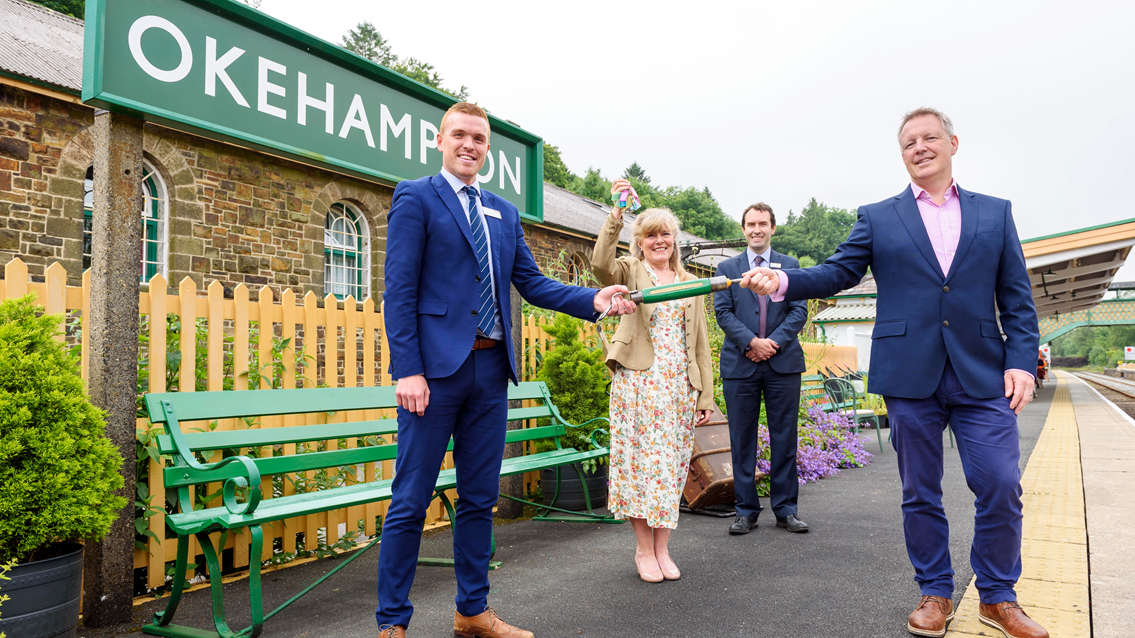 Pull the other one (courtesy: Chris Saville)

It gets 16 miles of track too

Network Rail has bought Okehampton railway station, bringing the reopening of the line between the town and Exeter a step closer.

Earlier this year the government confirmed money would be pumped into what's known as the Dartmoor Line, following years of debate after the Dawlish line cut off much of Devon and Cornwall from the rail network in storms in 2014.

Aggregate Industries has owned the line for more than 25 years having acquired it from British Rail in 1994, and up until 2008 operated aggregate services to and from Meldon Quarry.

Although it hasn't been disclosed how much they've received from taxpayer owned Network Rail, the rail infrastructure company now has the keys to the station and the track, comprising 16 miles of railway from Coleford Junction to the end of the line at Meldon Quarry.

After a local group called the Dartmoor Rail Company went into administration, Aggregate Industries worked with Network Rail and Great Western Railway (GWR) to allow surveys to be undertaken to understand what infrastructure and railway control system improvements are needed to bring the line up to the standards to enable trains to operate safely.

Devon County Council has transferred ownership of the northern part of Okehampton station to Network Rail for a peppercorn fee of £1, enabling the station and platform to become part of the rail network.

The council is keeping hold of the southern side of the station and will maintain the footbridge across the tracks.

Aggregate Industries’ director Phil Coupland marked the sale by presenting Network Rail’s industry programme director Christian Irwin with a large key, known as a ‘train staff’. It's used by train drivers to enter a section of single track assured no other trains are on the same track. The sale was also marked with Devon County Councillor Andrea Davis presenting Network Rail with a set of keys to the station.